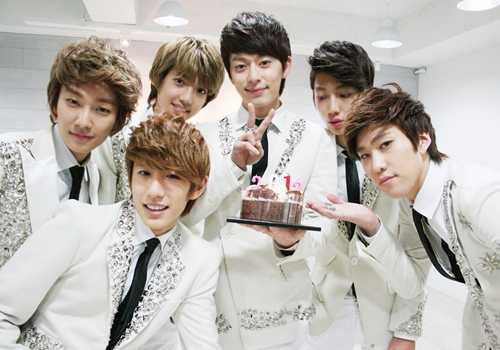 Boyfriend released its Japanese debut single Be My Shine on August 22 to be placed immediately on the Tower Records‘ Single Chart. The release of the single received positive feedback from the public as it was the most sold album on that day.

Be My Shine was first unveiled through Boyfriend’s Budokan concert on June 30 and was written by Sweet Tune and Japanese composer Matsui Gora.

Congratulations to Boyfriend for having a successful debut single in Japan.

Hellokpop, as an independent Korean entertainment news website (without influence from any agency or corporation), we need your support! If you have enjoyed our work, consider to support us with a one-time or recurring donation from as low as US$5 to keep our site going! Donate securely below via Stripe, Paypal, Apple Pay or Google Wallet.
FacebookTwitter
SubscribeGoogleWhatsappPinterestDiggRedditStumbleuponVkWeiboPocketTumblrMailMeneameOdnoklassniki
Related ItemsBe My ShineBoyfriendchartsMatsui GoraSweet TuneTower Recods
← Previous Story Teen Top’s Changjo & Ricky talks about BIGBANG in Elle Girl Magazine
Next Story → ZE:A releases Japanese MV ‘Phoenix’