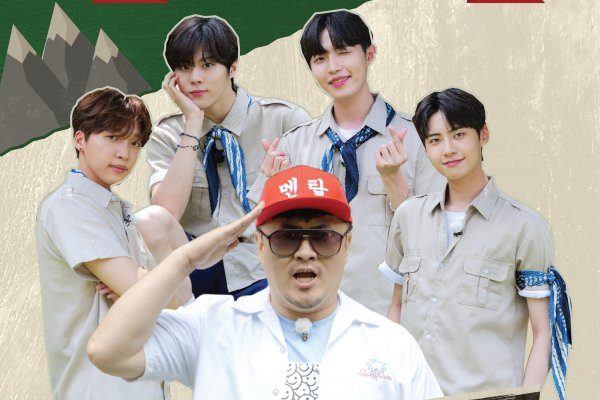 “Boys’ Mind Camp” is a healing program you shouldn’t miss! 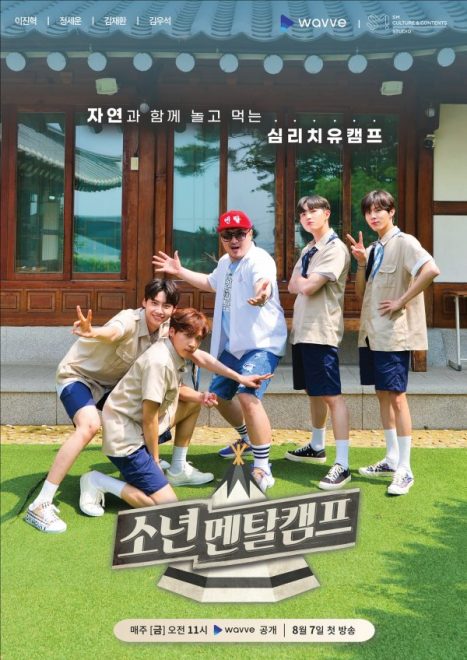 To heighten viewers’ anticipation, new posters for the show were also recently released. The charming idols look like boy scouts in their adorable nude-colored uniforms.

Boys’ Mind Camp is a healing program that inspects the mental health of the boys following their competitive auditions and jam-packed schedules. It also aims to strengthen and heal the artists so that they can continue their journey as idols in good health. 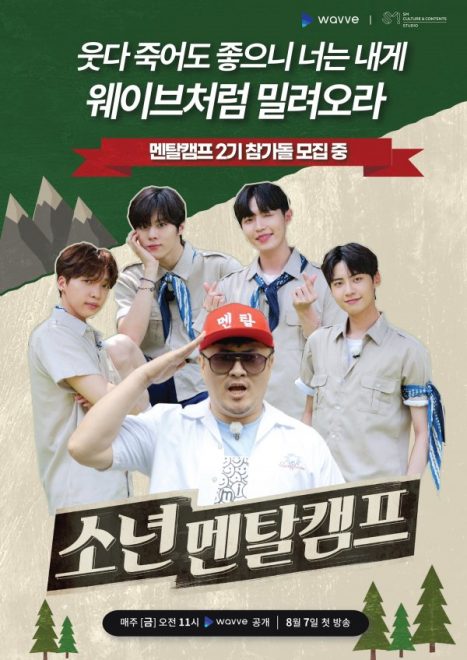 Back in 2017, Jaehwan and Sewoon appeared as trainees on Mnet’s Produce 101 Season 2. Jaehwan entered the top 11 and became part of WANNA ONE, while Sewoon debuted as a soloist. Currently, the talented idols are actively delighting fans with their sweet vocals.

UP10TION’s Woo Seok and Jin Hyuk also participated in Mnet’s Produce X 101 in 2019. Both of them are now busily promoting as solo artists and have been appearing on various television shows.

The new web variety show will air every Friday. Fans should watch out as a special video will also be unveiled on August 6, a day before the premiere.