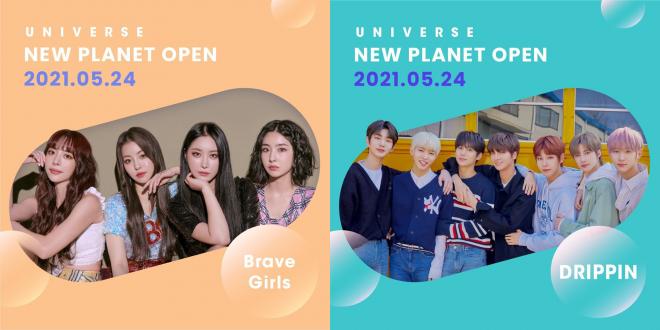 By Lyris | May 26, 2021
FacebookTwitter
SubscribeGoogleWhatsappPinterestDiggRedditStumbleuponVkWeiboPocketTumblrMailMeneameOdnoklassniki

“Planet” is a space for each UNIVERSE artist and K-pop fans, so they can enjoy various contents that artists directly participate in, such as FNS (Fan Network Service), Private Message, and Universe Originals.

The two newly joined artists will also communicate with global fans and provide joy through various contents. They will also participate in various online and offline events such as concerts, fan meetings, and fan signing events.

Earlier, UNIVERSE launched various support events to celebrate the joining of new artists. When fans achieve their mission, the platform will provide coffee trucks on the day of the original content shooting. The banners that will be used in coffee trucks can be held through FNS, and fans who participate in the mission will receive Polaroid pictures of the artist through a raffle.