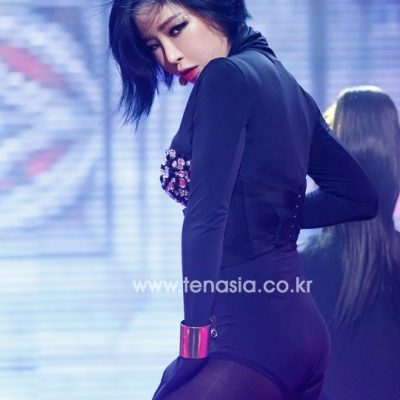 Gain is coming back!

According to music industry insiders on August 27, Gain will make comeback in early September, and it is at the final touch of her new album. She also recently finished the new songs’ recording, and album jacket photo-shooting is also in progress.

Confirmed by Brown Eyed Girls‘ agency Mystic Entertainment on the same day, it is true that she will make her solo comeback in early September.

The singer is returning as solo after one year and 6 months since her last mini album ‘Hawwah’, released in March last year. She also lent her voice to the ending track ‘Imi Oneun Sori’ of the movie ‘The Handmaiden’ in June this year.

Hellokpop, as an independent Korean entertainment news website (without influence from any agency or corporation), we need your support! If you have enjoyed our work, consider to support us with a one-time or recurring donation from as low as US$5 to keep our site going! Donate securely below via Stripe, Paypal, Apple Pay or Google Wallet.
FacebookTwitter
SubscribeGoogleWhatsappPinterestDiggRedditStumbleuponVkWeiboPocketTumblrMailMeneameOdnoklassniki
Related ItemsBrown Eyed GirlscomebackGainHawwahthe handmaiden
← Previous Story Spica Feel Like They Have Debuted Again; After A Hiatus Longer Than The Time They Promoted Together
Next Story → Song Joong Ki Says Hello And Thank You To His Filipino Fans In A Video