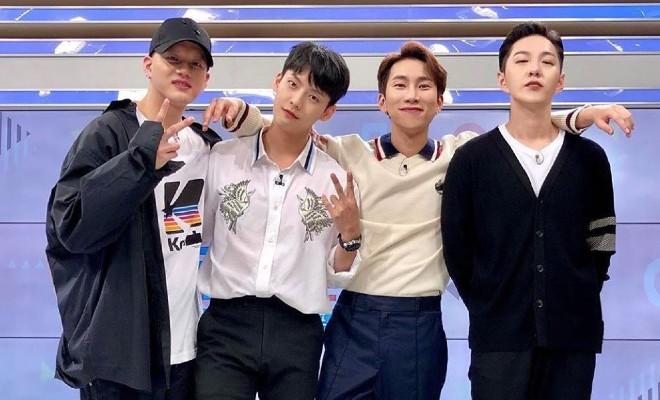 BTOB 4U takes us ‘inside’ with the first mini-album that will surely warm our hearts!

On October 29, Cube Entertainment announced that BTOB’s new unit BTOB 4U will have its first mini-album in November.

BTOB 4U’s ‘INSIDE’ will be released on November 16 at 6PM KST and fans are already jumping in glee. Known for having songs that can talk to people’s hearts, this album will definitely extend the warmest hug.

Previously, BTOB released a video announcing the name of the new unit and the meaning behind it. BTOB 4U is a unit composed of Seo Eunkwang, Lee Minhyuk, Lee Changsub, and Peniel. The unit name was selected after receiving opinions and suggestions from the group’s fandom, Melody. With a heartful meaning of “for you” and “four members united”, BTOB 4U sparked an explosive response and anticipation from the public.

Relatively, Seo Eunkwang, Lee Minhyuk, and Lee Changsub had recently completed their mandatory military service. Peniel, who is an American citizen, had patiently watched the members enlist and return all these years.

With BTOB 4U’s ‘INSIDE’, the public can’t wait to see a different side of the group known for having 7 vocalists and 7 rappers.

Meanwhile, the members of BTOB 4U will be having a good time with fans through “BTOB: Our Concert” via Naver NOW for three Tuesdays at 6PM KST.