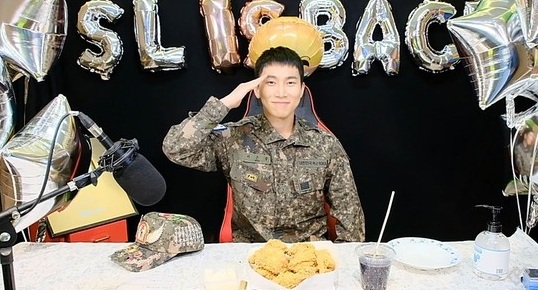 Melody, raise your “welcome back” banners to BTOB’s Eunkwang! 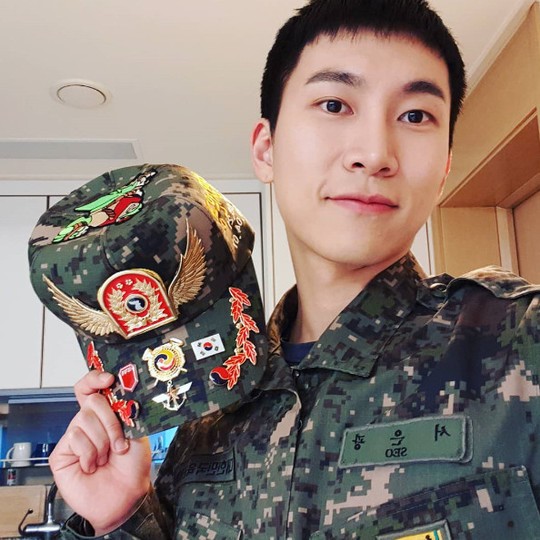 On April 7, the bubbly and talented idol took the time to meet fans via a special live broadcast on YouTube.

Appearing in his army uniform, Eunkwang first greeted Melody saying, “I think I’m going to tear up. I am BTOB’s leader, Seo Eunkwang, who has returned as a civilian today. Everyone, it’s good to see you. Have you been doing well?”

Updating fans about his current condition, the singer then shared, “I was discharged healthily without any injuries. I ate three square meals a day; slept early and woke up early; and exercised a lot. I gained about 5 to 6 kilos and I worked out a lot, so I think the weight was distributed nicely in my muscles.”

The idol also talked about his plans now that he’s back. “Now that I’ve been discharged and I’m 31 years old, I feel like I’m starting a second stage in my life. I think that people who went to the military late will relate to this feeling. Because I’m older, I really feel like I’ve been reborn. What I want to say is, I want to spend this second stage of my life with everyone,” he said.

Eunkwang likewise revealed that he will now return as BTOB’s leader. Before he officially began his duty in the army, the leadership baton was passed to Minhyuk. After Minhyuk started his service as well, their beloved maknae Sungjae stepped up to lead the team.

Back in August 2018, Eunkwang went to the military as an active-duty soldier and served in the Special Welfare Command. Meanwhile, his fellow members Minhyuk and Changsub will be discharged later this year.

Hellokpop, as an independent Korean entertainment news website (without influence from any agency or corporation), we need your support! If you have enjoyed our work, consider to support us with a one-time or recurring donation from as low as US$5 to keep our site going! Donate securely below via Stripe, Paypal, Apple Pay or Google Wallet.
FacebookTwitter
SubscribeGoogleWhatsappPinterestDiggRedditStumbleuponVkWeiboPocketTumblrMailMeneameOdnoklassniki
Related Items#OurSilverLightIsBack#내사람_은광아_보고싶었어BTOBEunkwangeunkwang military discharge서은광
← Previous Story Park Bo Gum, Park So Dam & Byun Woo Suk To Bring Colors On tvN’s Highly-Anticipated Youth Series
Next Story → TWICE’s Debut Track “Like OOH-AHH” Surpasses 350 Million YouTube Views