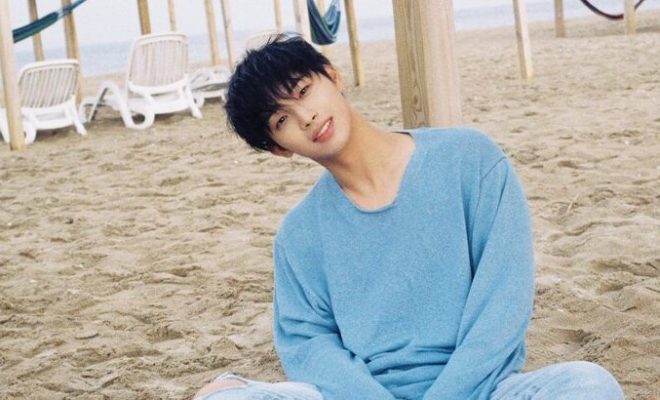 BTOB’s Hyunsik has written up a wonderful tracklist for his upcoming solo debut!

BTOB’s Hyunsik revealed the beautiful tracks that he prepared for his upcoming solo debut mini-album Rendez-Vous!

Ahead of its release on October 14, the BTOB member unveiled the titles and credits of the songs he had prepared for his much-anticipated solo debut mini-album. Containing a total of five tracks which he all personally worked on, Rendez-Vous will be headlined by the song “Dear Love”.

The mini-album will also contain an instrumental version of “Dear Love”, alongside new songs titled “Rendez-Vous”, “Docking”, “Black”, and “Moonlight”. His talent in writing, composing, and arranging songs will shine once again as the mini-album’s tracks are all personally made by him alone – save for “Moonlight” which he co-composed and co-arranged with MosPick. 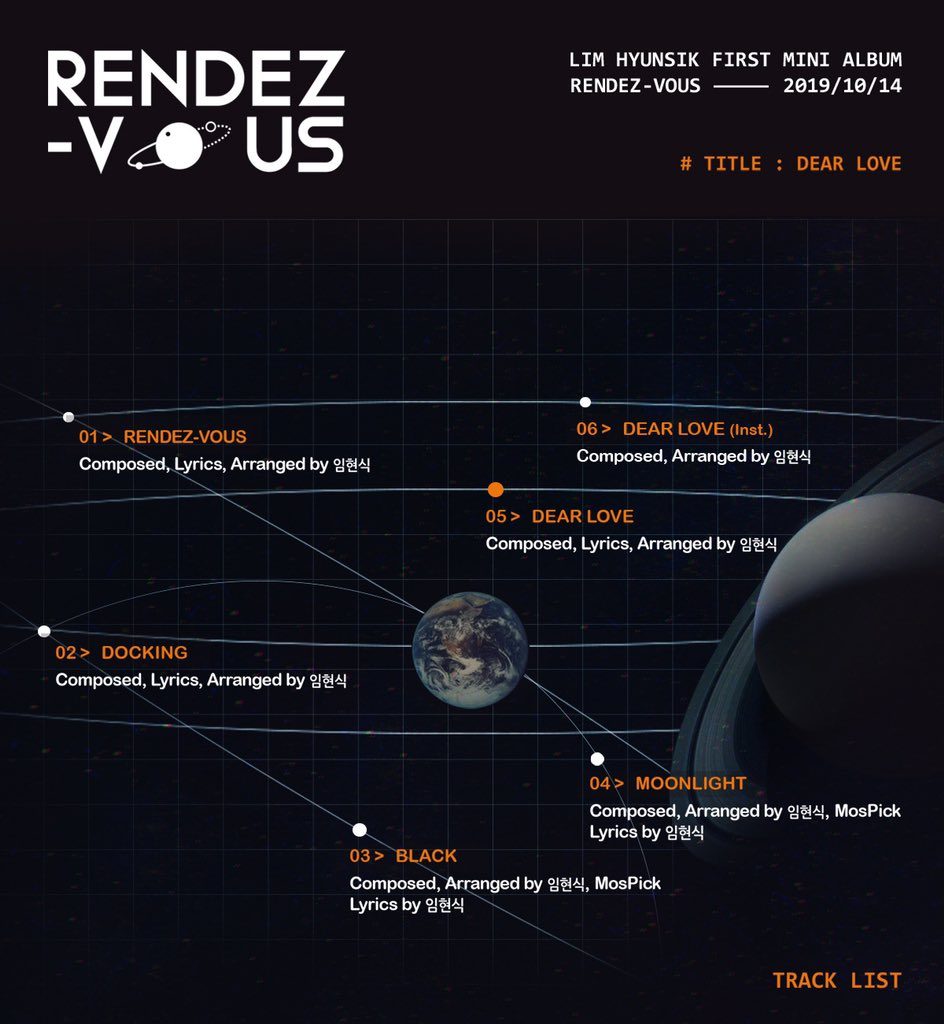 While the music video for “Dear Love” will drop on October 14 at 6 PM KST along with the rest of the album on digital markets, the physical copies of Rendez-Vous will be released on the day after.

Earlier, the singer had shared two teaser photos about the mini-album which both highlight a space concept, as well as a title spoiler delivered by Hyunsik himself. Promising an equally-stellar showcase of his vocal prowess, Rendez-Vous will mark the multi-talented BTOB member’s beginning of his venture as a soloist since he debuted with the group in 2012.

Along with serenading fans with his sweet voice as a member of BTOB, Hyunsik also displayed his talent in composing and writing lyrics for their songs. Among his works were the tracks “Missing You” and “Only One For Me” – both of which are very well-loved by fans.

Hellokpop, as an independent Korean entertainment news website (without influence from any agency or corporation), we need your support! If you have enjoyed our work, consider to support us with a one-time or recurring donation from as low as US$5 to keep our site going! Donate securely below via Stripe, Paypal, Apple Pay or Google Wallet.
FacebookTwitter
SubscribeGoogleWhatsappPinterestDiggRedditStumbleuponVkWeiboPocketTumblrMailMeneameOdnoklassniki
Related ItemsBTOBHyunsikRendez-Vous
← Previous Story MONSTA X’s Minhyuk, NCT’s Jaehyun, And APRIL’s Naeun To Take Over As SBS Inkigayo Hosts
Next Story → 2019 Busan One Asia Festival Announces Opening And Closing Ceremony Final Performer Lineup