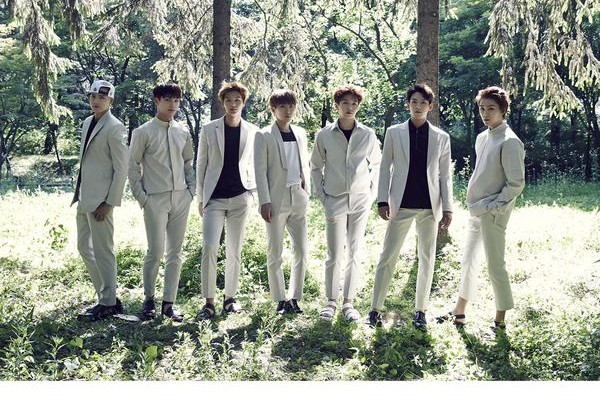 BTOB Is The First Artist Confirmed for ‘KMF2015 in Sapporo’

BTOB is the first group revealed for KMF2015 in Sapporo.

KMF2015 in Sapporo is scheduled to happen on 12 October at Sapporo’s Nitori Culture Hall. On 30 June, Japan-Korea Culture Association announced BTOB as the first group of the performer list. More artists will be revealed soon.

Additionally,  Japan-Korea Culture Association is welcoming its 50th year,  with SHOW CHAMPION and KMF to be merged as an event, SHOW CHAMPION Special KMF 2015, to celebrate this milestone on 13 September at Yokohama Arena. The confirmed artists are CNBLUE, BTS, EXID, U-KISS, HOMME, NU’EST and MR.MR.

Hellokpop, as an independent Korean entertainment news website (without influence from any agency or corporation), we need your support! If you have enjoyed our work, consider to support us with a one-time or recurring donation from as low as US$5 to keep our site going! Donate securely below via Stripe, Paypal, Apple Pay or Google Wallet.
223
SHARES
FacebookTwitter
SubscribeGoogleWhatsappPinterestDiggRedditStumbleuponVkWeiboPocketTumblrMailMeneameOdnoklassniki
Related ItemsbangtanBTOBcharityCNBLUEEXIDGFSCHOMMEKMFKMF2015 IN SAPPOROlistMr.MrNU'ESTquizU-KISS
← Previous Story GOT7 Looks ‘Just Right’ In New Teaser Photos
Next Story → Catch Cameo Appearance Of Girls’ Generation’s Seohyun On Oh!K’s ‘Warm and Cozy’