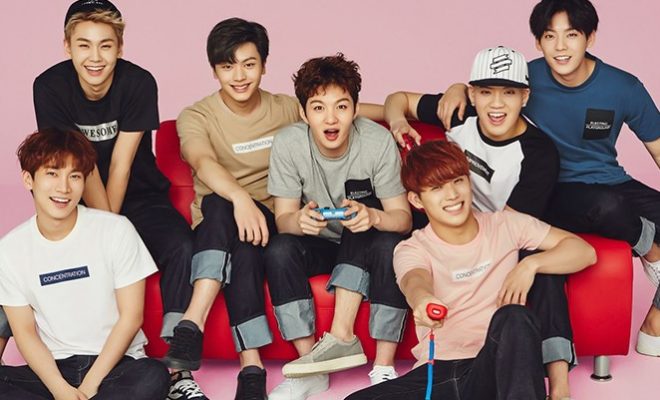 BTOB Says “This Is Us” In Upcoming EP Release Next Month

Are you ready for BTOB’s return?

South Korean boy group BTOB will come back with a new extended play next month, eight months since its second studio album Brother Act came out.

Cube Entertainment confirmed through its social networking sites the return of Eunkwang, Minhyuk, Changsub, Hyunsik, Peniel, Ilhoon, and Sungjae through the release of a poster image of the EP.

Entitled This is Us, the album will be BTOB’s 11th EP since debuting in 2012 with its self-titled debut EP Born to Beat and will be out on June 11.

Moreover, BTOB is gearing up for a concert with its labelmates on June 16. The 2018 United Cube One will see the performance of various Cube Entertainment artists including Pentagon, HyunA, and newly debuted girl group (G)I-DLE.

The event will be the first family concert of the entertainment agency in five years following the 2013 United Cube Concert.

At present, BTOB is the promoting ambassador of the Korea Tourism Organization where the members will introduce the country’s performances, traditional market, sports, cruise, event, food, and self-experience via 7 People 7 Colors South Korea Trip campaign.