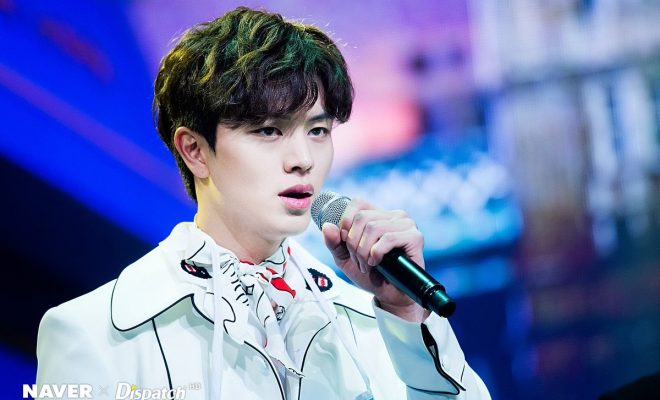 On August 13, rumors about Sungjae dating DIA’s Jueun spread like wildfire on social media. According to the report, the two idols first met at a gathering with acquaintances and had since become close.

However, the rumors were quickly proven untrue as the agencies of both idols, Cube Entertainment and MBK Entertainment, immediately denied the news. 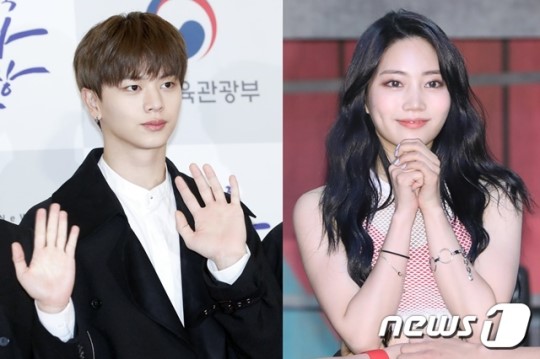 BTOB’s agency Cube Entertainment said, “We checked with him, and it is true that they were at a gathering with acquaintances, but they are not dating”. MBK Entertainment also backs this statement and says that the two aren’t really that close.

This incident didn’t escape the ears of Sungjae and the rest of BTOB though. The group held a V Live broadcast on the same evening the news had erupted.

During the broadcast, BTOB’s leader Eunkwang announced that the group was currently at No. 3 in real-time search rankings. Sungjae then proceeded to point out that BTOB’s search rankings had been high all throughout the day.

Unleashing his side as a comedian, Sungjae asks, “I wonder if it’s because of our V Live?” which made Eunkwang burst out laughing. Sungjae then lifted up his paper cup to “take a sip”, and fans noticed the word “먹금” (meok-geum) written on the bottom of the cup. “먹금” is an abbreviation for “Do not feed” and is a common slang used to mean “Don’t pay attention to useless words or actions.”

This clever response to the dating rumors sent Melodies all over the world laughing. Sungjae also received praises for the cool and unique way he handled the rumors. We guess nothing less is expected from the idol-actor, huh?

What are your thoughts on Sungjae’s clever response to the dating rumors? Let us know by leaving a comment below, giving us a holler on Facebook, or tweeting us at @hellokpop!