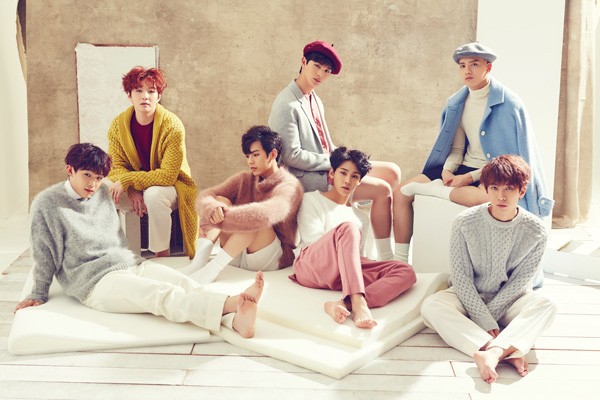 BTOB To Embark On Zepp Tour Next February

Melodies, get ready to have a memorable time with BTOB as the group has been confirmed to hold its Zepp tour next February!

It was announced at BTOB 2015 SPECIAL CHRISTMAS LIVE on December 12 that the boys will be kicking off their long-awaited Zepp tour next February. They are set to meet fans across four cities in Japan, including Nagoya, Tokyo, Fukuoka and Osaka.

In related news, BTOB is slated to release its 4th Japanese single Dear Bride next February.

Hellokpop, as an independent Korean entertainment news website (without influence from any agency or corporation), we need your support! If you have enjoyed our work, consider to support us with a one-time or recurring donation from as low as US$5 to keep our site going! Donate securely below via Stripe, Paypal, Apple Pay or Google Wallet.
FacebookTwitter
SubscribeGoogleWhatsappPinterestDiggRedditStumbleuponVkWeiboPocketTumblrMailMeneameOdnoklassniki
Related ItemsBTOBBTOB 2015 SPECIAL CHRISTMAS LIVEconcert tourdear brideJapansingletourzepp tour
← Previous Story SHINee Drops Album Teaser Video + Confirms Dates For Arena Tour
Next Story → Yoon Mi-rae Releases “This Love”