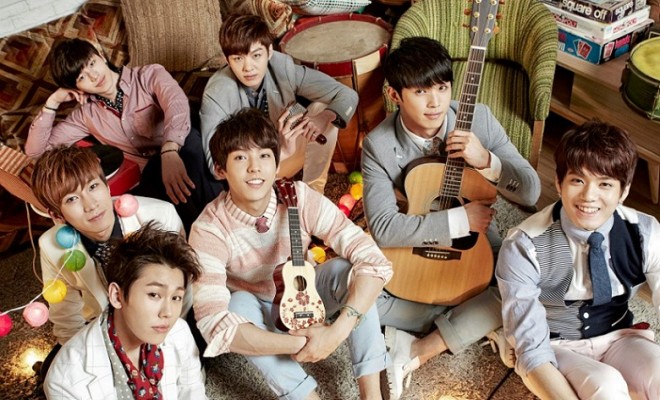 BTOB To Kick Off Encore Concert This March

BTOB will be bringing their charms back on stage with the group’s encore concert this month!

BTOB has proved its increasing popularity by receiving many love calls after the group’s successful sold-out concert, BORN TO BEAT TIME last December. In response to fans’ passionate requests, the boys will carry out an encore concert, titled BORN TO BEAT TIME – ENCORE, as the finale for the December concert.

The coming event will take place from March 26 to 27, at the Jamsil Arena in Seoul. It is expected to welcome 14,000 fans in attendance for two days, and is considered BTOB’s largest concert since debut. 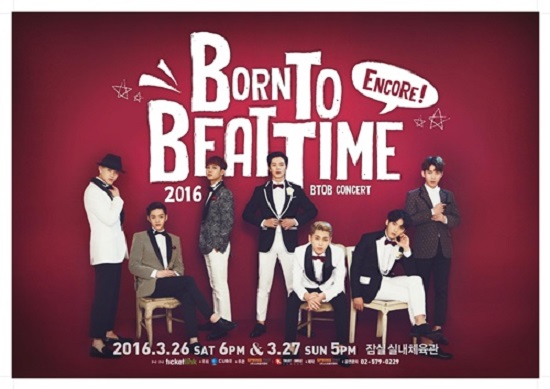 ‘BORN TO BEAT TIME – ENCORE’ signifies the memorable time created among BTOB and their fans. Thus, the septet are set to mesmerize audiences with their virtuoso live performances and charming images.

Pre-order tickets for BTOB’s fan club members will go on sale on March 9 at 8pm (KST) via Ticket Link. Meanwhile, general tickets will be available for purchase on March 10 at 8pm (KST).