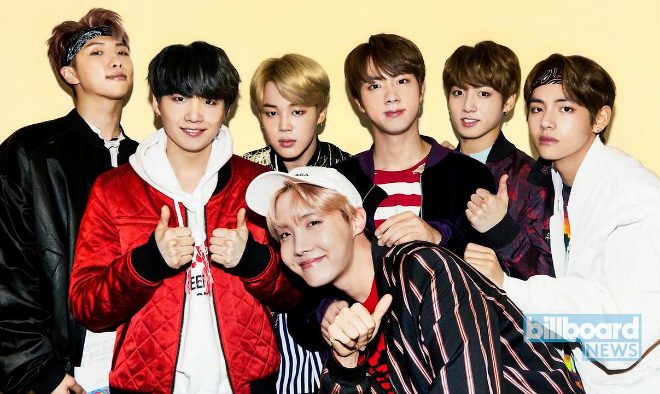 BTS To Walk The Red Carpet At Billboard; Leads ‘Top Social Media Artist’ With More Than 100 Million Votes Ahead Others

Just wrapped up a successful two-night sold-out concert in Manila on May 6 and 7, and there seems to be no stopping of BTS as it continues to show the world of its growing popularity.

After receiving nomination from American entertainment media Billboard for its 2017 Billboard Music Awards (BBMAs) on April 10, the idol group will soon grace the awarding ceremony on May 21 at T-Mobile Arena, Las Vegas.

“It is like a dream come true that we’ve been invited to the Billboard Music Awards where top global artists gather,” said BTS. They also called the invitation an “honor” and thanked their fans for making it happen. A photo of the invitation to the said event was also uploaded onto the group’s Twitter account.

The septet were nominated under the Top Social Media Artist category. They share the nomination alongside top Hollywood acts like Justin Bieber, Shawn Mendes, Ariana Grande and Selena Gomez. This is also the first time for BTS as well as a K-Pop group to be nominated in BBMAs.

Read: BTS Versus Justin Bieber At BBMAs: What Will Jungkook Do?

Album and digital song sales, streaming, radio airplay, touring and social engagement of the artist beginning 18 March 2016 will be the basis in choosing the winner.

A partial percentage on determining the winner will also be based on fan votes, which started on May 1. Since the voting commenced, ARMYs have been showing their power and efforts in trying to give BTS its first BBMAs award. As of 10:51 p.m. KST of May 9, the Korean idol group continues its domination with over 157.8 million total votes, which is more than 140 million votes ahead of its nearest competitor Justin Bieber.