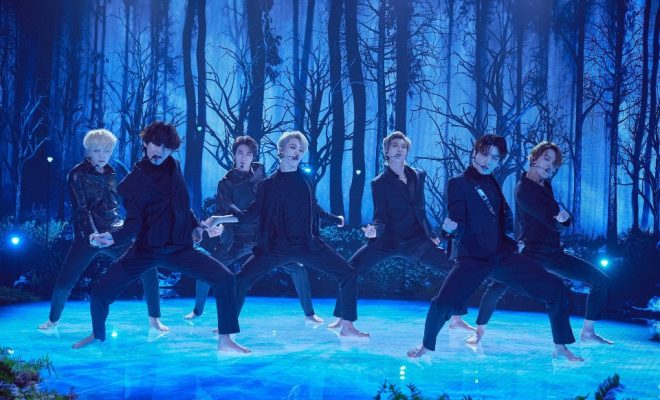 Photo From The Late Late Show With James Corden 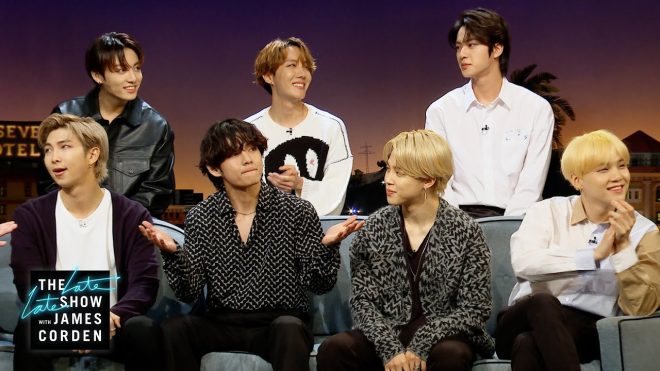 Appearing for the third time in the show after their last visits in 2017 and 2018, the idol group gifted fans with a special performance. Specifically, they unveiled for the very first time the stunning performance of their latest masterpiece “Black Swan”.

Donning sleek all-black outfits, the boys looked extra dapper as they showed off their captivating dance routines while barefoot.

Aside from the fascinating number, RM, Jin, Suga, J-Hope, Jimin, V, and Jungkook also talked about their recent collaborative number at the 62nd Grammy Awards and their upcoming album Map Of The Soul: 7, which will be officially released on February 21.

READ: BTS Becomes The First Korean Group To Perform At The Grammys

After chatting with James Corden, the group then gamely participated in an exciting hide-and-seek game with popular Hollywood actor Ashton Kutcher!

Meanwhile, BTS recently revealed the dates and stops for their upcoming MAP OF THE SOUL world tour. Embarking on another massive concert series, the boys will soon visit various stadiums and domes in North America, Europe, and Asia.