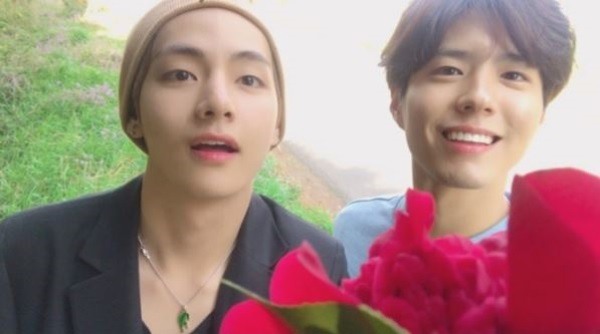 On April 18, BTS’s V uploaded some photos onto his group’s Twitter account, showing him and actor Park Bo Gum in a recent trip to Jeju Island.

The photos were taken at the time when the brilliantly colored flower fields on Jeju Island were booming. The two friends are seen to be enjoying the fresh air and beautiful sceneries.

They exude their lovely charms through broad smiles and cute facial expressions, showing their closeness in every single picture. 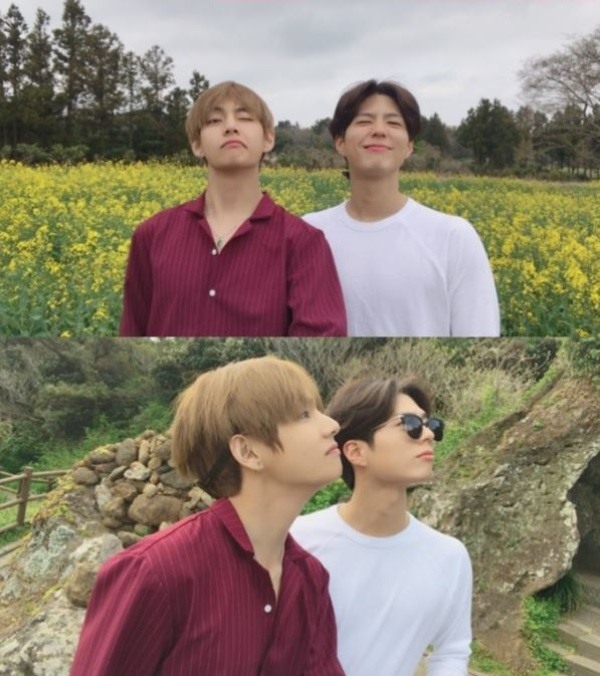 Known as best friends, Park and V often show their mutual support to each other. 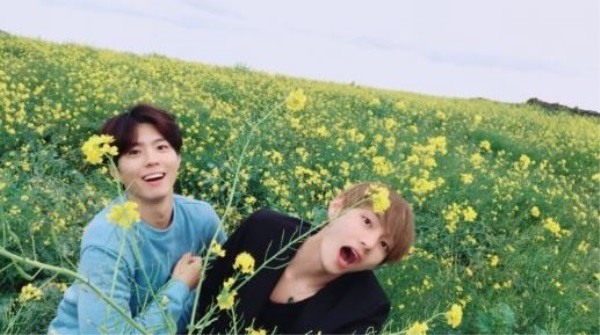 In 2016, Park participated in BTS’s concert to show his support to V. Earlier on, V also often updated latest news regarding the two dramas Reply 1988 and Love in the Moonlight which starred his good friend, through social media.