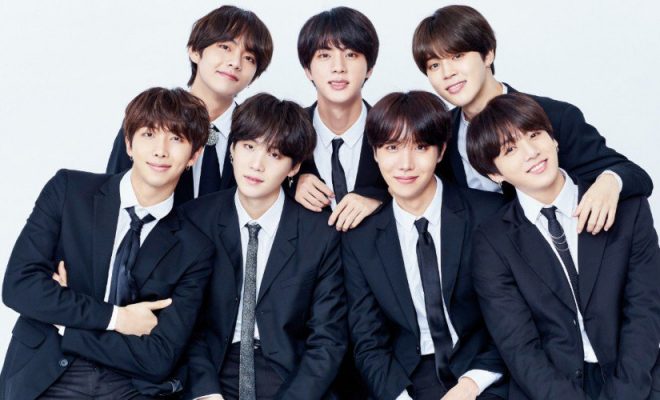 BTS adds yet another international award on their long roster of achievements!

Have you seen BTS’ bags? They’re full of trophies and is already hella thick – but it seems like there’s still room for new awards!

BTS bags the Choice International Artist Award for the second consecutive year in the 2018 Teen Choice Awards held on August 12! The boy group went against fellow South Korean artists BLACKPINK, EXO, GOT7, and Super Junior plus the US-based Latin boyband CNCO for the category and successfully triumphed over them.

But it doesn’t just stop at that – because the BTS ARMY also took home an award for themselves! The BTS fandom won the Choice Fandom category, beating the fans of huge international artists like Taylor Swift, Fifth Harmony, One Direction, and CNCO plus fellow South Korean artists BLACKPINK.

The 2018 Teen Choice Awards ceremony was held in California on August 12 (local time) and was broadcast live around the world. ARMYs celebrate their side-by-side success with BTS as they took their happiness about the boys’ recent feat to Twitter, where the hashtag #ARMY garnered millions of tweets and trended right away after the announcement.

BTS continues to dominate the international scene, especially with the announcement of their US stadium show for the upcoming Love Yourself world tour. With their show in Citi Field, New York on October 6, they become the first ever Korean artists to hold a stadium show in the United States. The stadium is currently the home of the New York Mets and has a capacity of 40,000 people.

Are you celebrating BTS’ new win? Let us know by leaving a comment below, giving us a holler on Facebook, or tweeting us at @hellokpop!