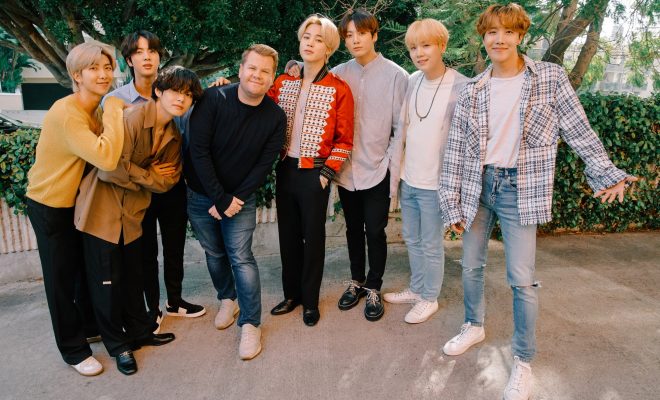 BTS sure had a lot of fun with James Corden!

BTS won hearts yet again with their talents as well as charming personalities when they appeared on Carpool Karaoke recently.

Carpool Karaoke is a popular corner from the CBS talk show The Late Late Show with James Corden, where world-famous stars chat with James Corden as they ride a car. BTS appeared on the corner of February 26 that received massive reactions and love from worldwide audiences.

Prior to the broadcast, the production crew of the show posted a notice video on their official SNS channel, which stated they had received more than a million tweets requesting for the group’s appearance on Carpool Karaoke.

In this corner, the BTS members talked about various topics such as how RM learned English, members’ nicknames, and relationships among the members. Having appeared in James Corden’s show multiple times in the past, the boys were extremely comfortable and also exchanged light jokes with James.

James also earned a new nickname as Papa Mochi. This is in reference to BTS member Jimin’s nickname Mochi.

The show producers also did a clever job by including subtitles for the side conversations as the viewers can get to see that BTS members are effortlessly funny. The oldest members Jin and Suga were the absolute funniest, as what they were speaking seemed like fake subs, but it was actually not. 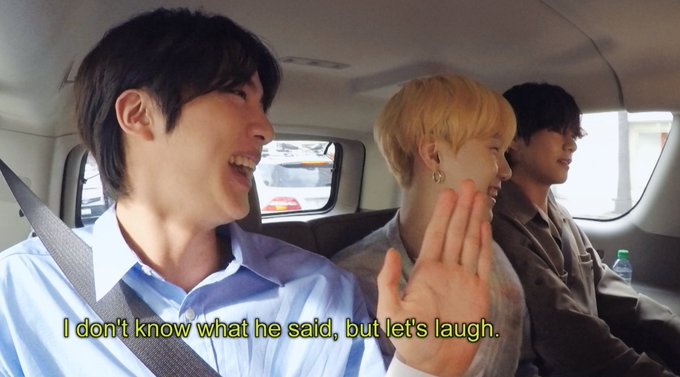 During the car ride, they played and jammed to some music which includes “MIC Drop (Steve Aoki Remix)”, a BTS track released in 2017 and “ON” title track track from BTS’ fourth studio album Map Of The Soul: 7, which was released on February 21. The highlight was Jungkook’s solo high notes. The members also grooved to Bruno Mars’ “Finesse” featuring Cardi B, which received praise and appreciation from both artists.

After that, the group moved to a dance studio, and danced with James Corden and several other dance students. They also demonstrated their dance routines which was led by Jimin.

BTS has been making a string of appearance on US TV shows to promote their recent release. They first unveiled the stage of their album’s pre-released track “Black Swan” at The Late Late Show with James Corden in January. They appeared on released NBC’s TODAY SHOW, MTV FRESH OUT and NBC’s The The Tonight Show Starring Jimmy Fallon, with Carpool Karaoke, being their most recent appearance.

Meanwhile, BTS’ Map Of The Soul: 7 recorded sales 2.65 million copies on the first day of its release, and it topped the iTunes Charts in 91 countries. The title song “ON” too broke many records and topped iTunes Charts in 83 countries.

Hellokpop, as an independent Korean entertainment news website (without influence from any agency or corporation), we need your support! If you have enjoyed our work, consider to support us with a one-time or recurring donation from as low as US$5 to keep our site going! Donate securely below via Stripe, Paypal, Apple Pay or Google Wallet.
FacebookTwitter
SubscribeGoogleWhatsappPinterestDiggRedditStumbleuponVkWeiboPocketTumblrMailMeneameOdnoklassniki
Related ItemsBTSBTS at The Late Late Show with James CordenBTS Carpool Karaoke방탄소년단
← Previous Story “Superstar Woollim” Sets To Entice Fans Soon With Planned Launch On First Half Of 2020
Next Story → Korean Celebrities Extend Donations To Aid The Fight On Spreading Coronavirus