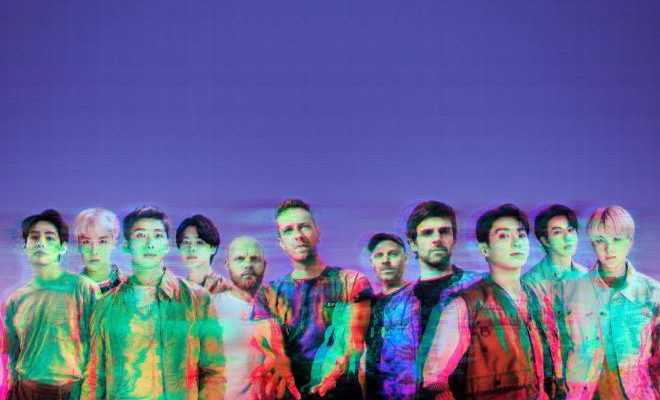 BTS & Coldplay’s “My Universe” Single Debuts At No.1 Spot On Billboard’s Hot 100

Wowing fans around the world with their highly-awaited collaboration, well-loved groups BTS and Coldplay has landed a remarkable record on Billboard! 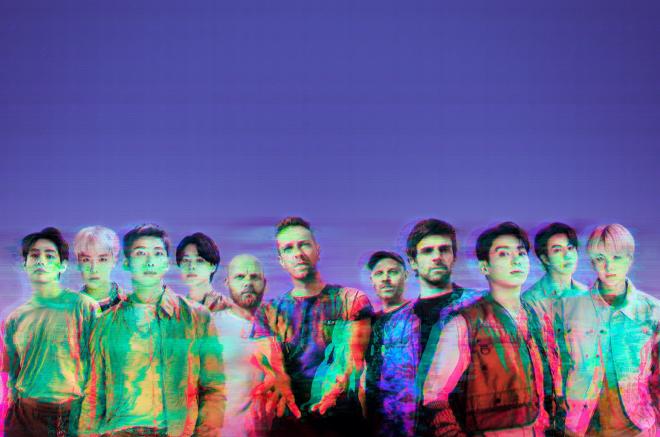 Just recently, Billboard announced that BTS and Coldplay’s hit collaboration single “My Universe” has officially debuted at the No.1 spot on its Hot 100 chart dated October 9, 2021. It ranks the most popular songs in the United States across all genres based on streaming, radio airplay, and sales data.

According to the report, “My Universe” earned 11.5 million streams in the United States, 5.5 million radio airplay audience impressions, and 127,000 downloads and physical singles combined in its first week ending September 30, 2021.

BTS and Coldplay released the track on September 24. Remarkably, it became BTS’ sixth song to rank No.1 on the Hot 100. Other tracks of the septet that previously hit the milestone are “Dynamite,” “Savage Love (Laxed – Siren Beat)” with Jawsh 685 and Jason Derulo, “Life Goes On,” “Butter,” and “Permission to Dance.”

In addition, “My Universe” became BTS’ fifth song to debut at the top spot of Hot 100. They now hold the record as the group with the most songs to debut at No.1. As for the overall record including solo acts, the K-pop septet is tied with Ariana Grande and Drake.

They tie @ArianaGrande and @Drake for the most of all time.

Coldplay also bagged an amazing feat as “My Universe” became their second track to place first on Hot 100 after “Viva La Vida” in 2008. 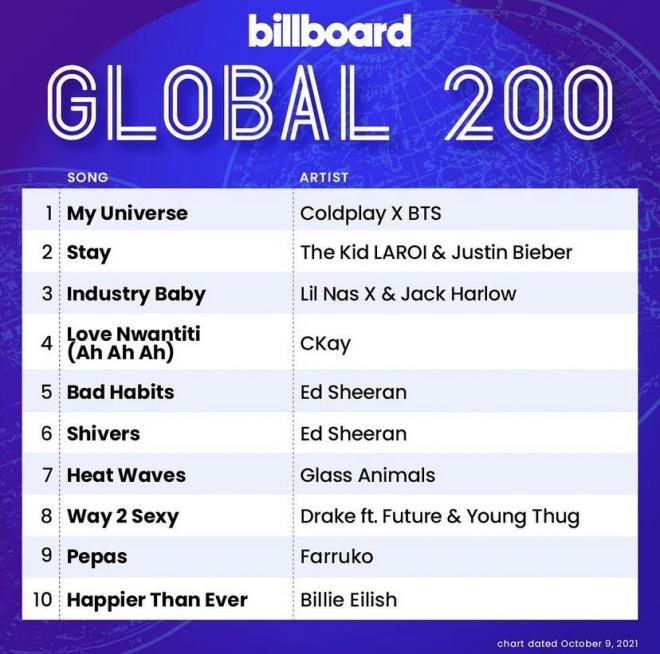 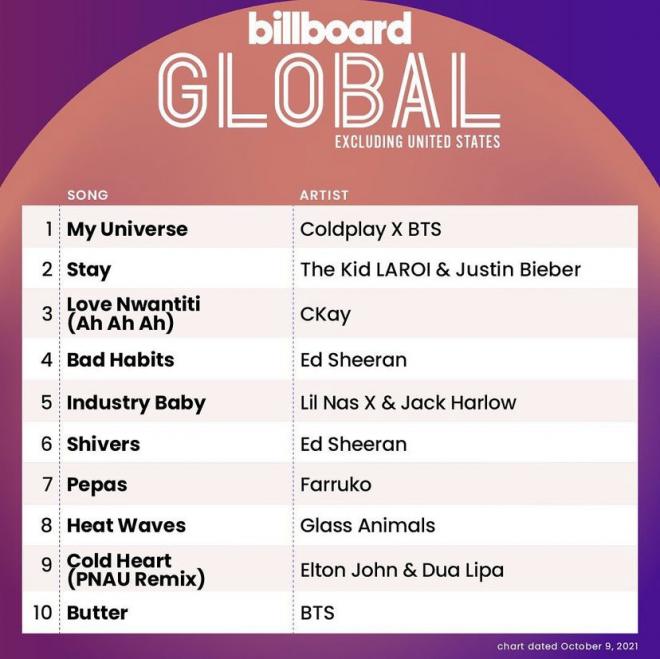 The song obtained 95.4 million streams and 142,400 downloads around the world from September 24 to 30. It also recorded 84.4 million streams and 90,500 downloads outside the U.S. Notably, it became BTS’ sixth track to hit No.1 on the Global 200 and fifth on the Global Exclusive U.S. chart. Meanwhile, it became Coldplay’s first No.1 on both charts.

Delighted with the news of their recent achievement, Coldplay took to social media to congratulate BTS and thank their supportive fans as well.