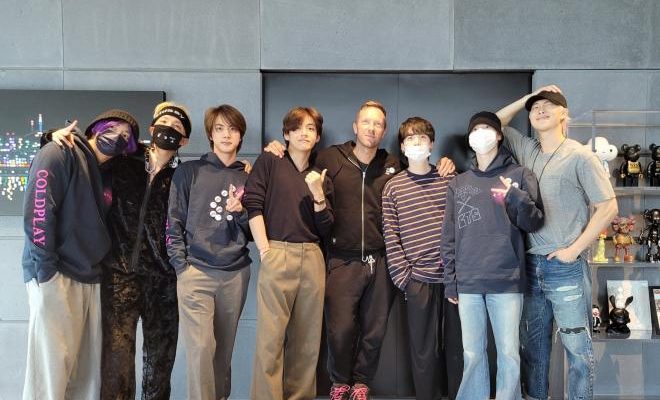 BTS and Coldplay to Release New Single “My Universe”

BTS and Coldplay are gearing up to release their highly-anticipated collaboration single, “My Universe”, on September 24. It’s clearly going to be a great day for ARMY and Coldplay fans!

All eyes are on September 24, as the two massively popular bands are slated to release their joint track, “My Universe”.  Big Hit Music even released a little teaser that depicted BTS and Coldplay’s vocalist, Chris Martin, singing the song at a studio. It may only be around 18 seconds long, but it’s already evident that their harmony is on point! 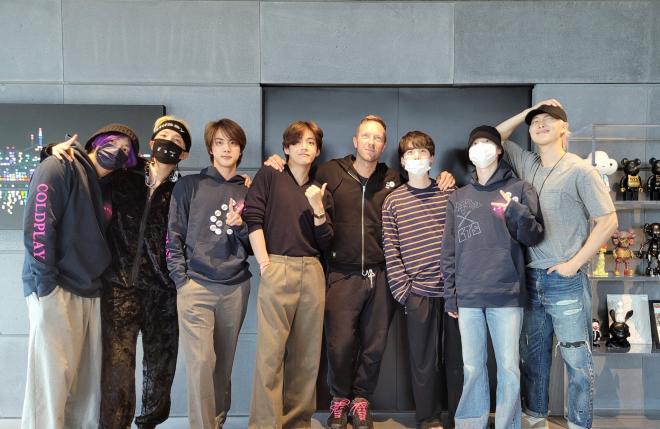 In April this year, Chris Martin arrived in South Korea and sparked rumors that he was there to work with BTS. this was only a few months after the South Korean boyband covered the American ensemble’s hit song, “Fix You”, for MTV Unplugged, so the speculations all seemed to make sense.

Now, we can officially say that those rumors were actually facts. Looks like ARMY manifested it to life!

Coldplay recently launched their latest song, “Higher Power”, which was filmed in Seoul, so that was also clearly one of the reasons why the singer came to South Korea as well.

It wasn’t until a few days ago that Coldplay and BTS made the announcement of their alliance and set the fandom ablaze with sheer excitement.

Fans may already have noticed that Jungkook was rocking a Coldplay hoodie, while Chris Martin was wearing a BTS hoodie. Now, that’s a symbol of teamwork right there!

Both BTS and Coldplay have put their names on the map for making ethereal music and soul-stirring lyrics. A far cry from “Permission to Dance”, “My Universe” already sounds like a mesmerizing masterpiece that has the potential to live up to the greatest hits of both Coldplay and BTS.

From the short video alone, ARMY may infer that BTS may have returned to their roots of creating otherworldly celestial beats and empowering lyrics once again! So, mark those calendars for September 24!