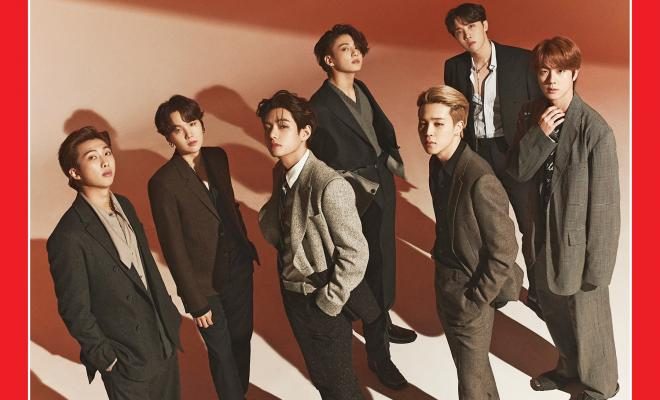 BTS Dubbed as Time Magazine’s Entertainer of the Year

Newly recognized “Entertainer of the Year”, BTS, looks dapper and downright dashing on the cover of TIME Magazine.

Time and time again, BTS has broken through barriers we never even knew existed. Their latest milestone features the septet as TIME Magazine’s Entertainer of the Year. The Bangtan Boys have always been a team to blaze trails and break stereotypes all over the globe. Solidifying their status as international pop stars, rather than K-Pop artists alone, one thing is for sure: there is only one BTS. 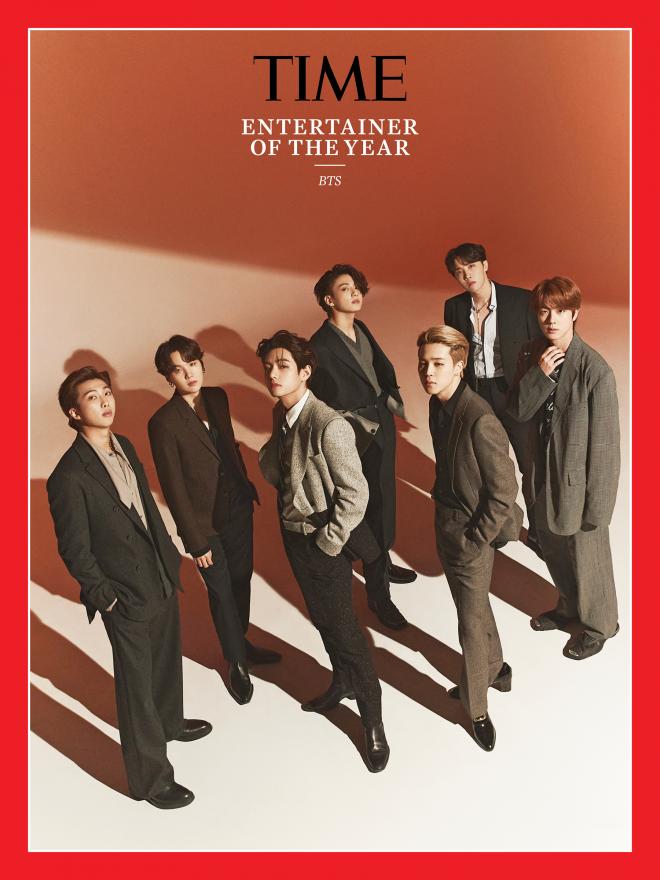 BTS: Entertainer of the Year

In a sea of admired and high calibre artists, BTS has just been selected as TIME’s 2020 Entertainer of the Year.

Jin, V, Suga, Jungkook, RM, Jimin, and J-Hope marked their shiny new title with a spectacular performance of “Dynamite” on the TIME Person of the Year special, which aired on NBC on December 10. The members were also featured in an interview, wherein they spoke about the challenges they overcame during the pandemic, such as the cancellation of their world tour and other opportunities that were temporarily shelved. The boys also shared their feelings on shattering records and skyrocketing to the number 1 spot of the Billboard Hot 100.

To top it all off, the pop stars shared their massive appreciation for their faithful fandom, ARMY.

“What gave us hope and joy this year was our fans and members,” shared Jimin. “Our daily lives such as working on music, dancing and rehearsing together, were the source of hope and happiness for us.”

“We exist because of the many people who are listening to our music,” added Jin.

Jungkook chimed in by saying, “We climbed up our way slowly, so it feels like we grew together. We know each other on a deeper level.”

Congratulations on yet another magnificent achievement, BTS! You’ve come far not only in South Korea and the U.S., but in every far reaching corner of the world; and that right there is your trophy.

.@bts_twt isn’t just the biggest K-pop act on the charts. They’ve become the biggest band in the world—full stop. Between releasing multiple albums and breaking every type of record in 2020, BTS ascended to the zenith of pop stardom #TIMEPOY https://t.co/ORpXWcFjE1