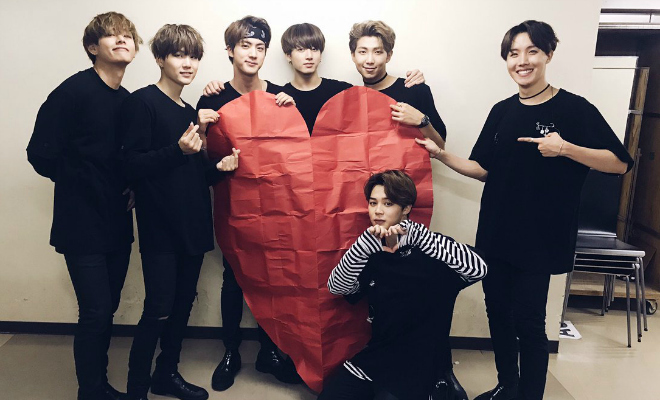 Yet another huge milestone achieved by BTS!

Rap Monster, Jin, Suga, J-Hope, V, Jimin and Jung Kook heated up Osaka, Hiroshima, Nagoya, Saitama, Fukuoka and Sapporo for the Japan edition of the final chapter of its live trilogy. The septet kicked off their Japan concerts on May 30 in Osaka.

A total of 13 shows were held in the East Asian country. According to Big Hit Entertainment, 145,000 fans attended the concerts. It added that tickets for the concerts were sold out, including standing-only tickets which were released after all the seats were no more available.

The boy group expressed its gratitude for the love and support that it continues to receive. “We’re so happy and thankful to meet our Japanese fans through the tour. Our concerts are not just us showing our performance to you fans, but are created in tandem,” BTS said.

The 2017 BTS Live Trilogy Episode III: The Wings Tour kicked off its run in Seoul on February 18 at Gocheok Sky Dome. A total of 40,000 fans graced the two-night concerts.

Following the Seoul leg, BTS traveled to South America for its concert in Chile and Brazil, which sold 44,000 tickets. Ticket sales and distribution company Puntoticket named the boys as the fastest Korean boy group to sell out Chile’s biggest indoor arena. Wings Tour is also the fastest selling show in Chile’s history, only comparable to American band Maroon 5‘s 2016 concert in the area.

The US leg of the tour saw an astonishing 60,000 sales in tickets for its concerts in Newark, Chicago and Anaheim. Its concerts in Thailand, Indonesia, Philippines, Hong Kong and Australia were attended by 90,000 fans. 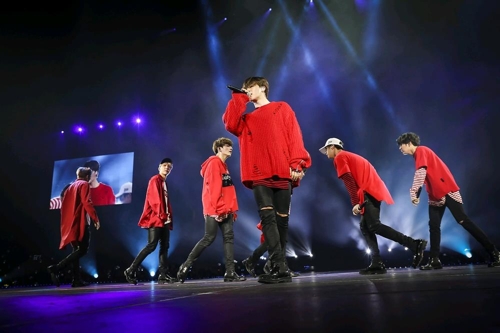 BTS during the US leg of its Wings Tour. (Photo by Big Hit Entertainment)