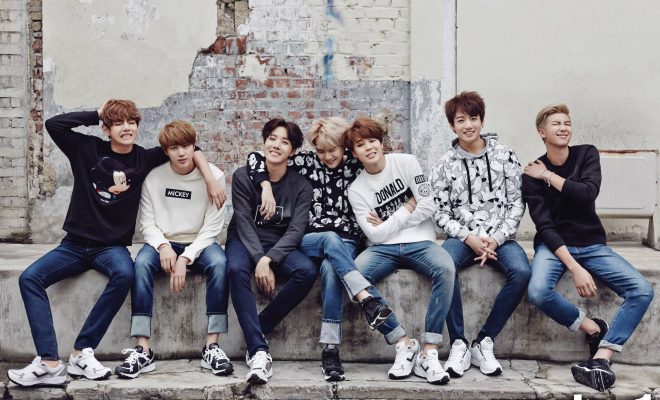 On December 6, a US-based cable and satellite music channel, Fuse TV, revealed a column, which features ‘The 20 Best Albums of 2016′.

Korean boy group BTS‘s album Wings is found to be at the 8th position. 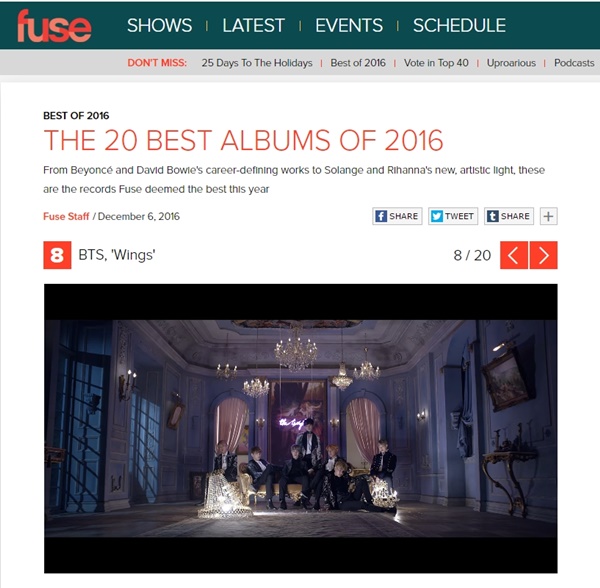 Fuse TV complimented the boys on their achievement: “In the three years since their debut, BTS has garnered a wholly passionate fanbase around the world, thanks to the seven members′ active involvement in both writing and producing vulnerable and honest song material—all rarities to find in K-pop.”

The channel added: “You get everything from Rap Monster′s melancholic rap track, “Reflection,” to Jin′s stirring ballad, “Awake.” There are loads to explore in the 15-track album, and loads of indication that BTS is just starting to truly spread their wings.”

BTS unveiled its 2nd studio album Wings on October 10. As soon as its release, the album dominated the first spot on the iTunes albums chart in a total of 27 countries.

Hellokpop, as an independent Korean entertainment news website (without influence from any agency or corporation), we need your support! If you have enjoyed our work, consider to support us with a one-time or recurring donation from as low as US$5 to keep our site going! Donate securely below via Stripe, Paypal, Apple Pay or Google Wallet.
103
SHARES
FacebookTwitter
SubscribeGoogleWhatsappPinterestDiggRedditStumbleuponVkWeiboPocketTumblrMailMeneameOdnoklassniki
Related ItemsantiBeyonceBlack StarBTSDavid BowieLemonadeRihannaWings
← Previous Story B1A4 Members Talk About Their Happiest Moments
Next Story → Apink To Release A Special Album With A Special Story