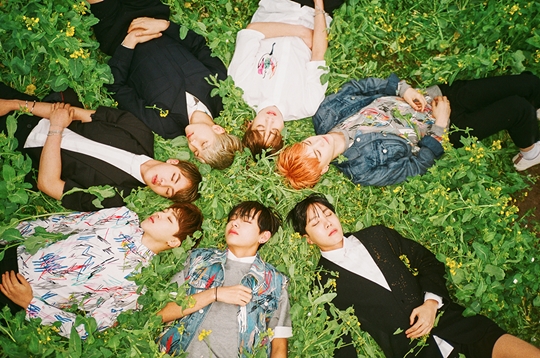 BTS Goes Top Of Oricon Chart “For You”

All the hardwork have finally paid off for BTS, as the group has dominated the Oricon chart for the first time ever!

On June 17, the rookie K-pop group climbed to stay at the number one spot on the album sales ranking of the Oricon’s daily chart with its single For You. 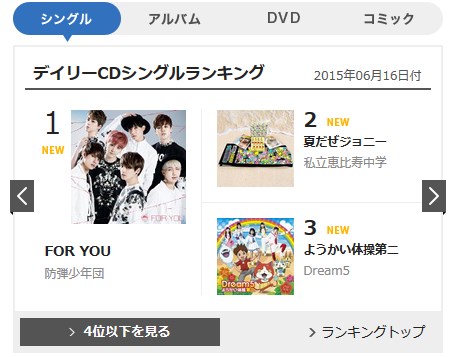 Moreover, BTS’ rising popularity in Japan was proven on the same day with its first, fourth and fifth rankings on Tower Records′ daily chart with three different versions of For You: the standard edition, limited edition A Type, and B Type respectively.

For You is the group’s fourth Japanese single, which consists of For You (also BTS’ first original Japanese song), together with two other tracks Hormone War and Let Me Know in Japanese version.

In related news, BTS is scheduled to make its comeback with Sick, in the last week of June.

Hellokpop, as an independent Korean entertainment news website (without influence from any agency or corporation), we need your support! If you have enjoyed our work, consider to support us with a one-time or recurring donation from as low as US$5 to keep our site going! Donate securely below via Stripe, Paypal, Apple Pay or Google Wallet.
87
SHARES
FacebookTwitter
SubscribeGoogleWhatsappPinterestDiggRedditStumbleuponVkWeiboPocketTumblrMailMeneameOdnoklassniki
Related Items2015 BTS Live Trilogy Episode IIBTSHormone WarLet Me Knowlistoricon chartquizSickTower Records
← Previous Story CNBLUE’s Kang Min Hyuk to Kick Off 1st Fan Meeting in Thailand
Next Story → FTISLAND Gets Ready To Rock With A Concert In Seoul