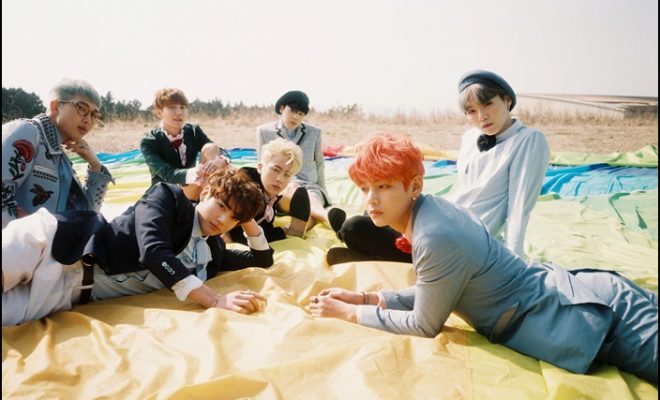 The group is receiving great love from Japanese fans!

BTS will visit Japan to kick off its tour titled 2016 BTS LIVE The Most Beautiful Moment in Life On Stage: Epilogue tour this July. According to the initial plan, the group’s upcoming tour includes 5 concerts, which will take place in Osaka on July 12 and 13, Nagoya on July 15 and 16 and Tokyo on August 13 and 14.

However, due to massive requests from local fans, the group decided to add one more show in Nagoya. This proves as a good testament to BTS’s rising popularity in Japan.

In addition, the band will unveil its 2nd Japanese studio album Youth on September 7.

Meanwhile, the septet will have a performance at Japanese music festival A-Nation on August 28. The event will gather many Japanese popular artists, namely: Da-ice, Kumi Koda, SKE48, TRF and Ayumi Hamasaki.

Hellokpop, as an independent Korean entertainment news website (without influence from any agency or corporation), we need your support! If you have enjoyed our work, consider to support us with a one-time or recurring donation from as low as US$5 to keep our site going! Donate securely below via Stripe, Paypal, Apple Pay or Google Wallet.
22
SHARES
FacebookTwitter
SubscribeGoogleWhatsappPinterestDiggRedditStumbleuponVkWeiboPocketTumblrMailMeneameOdnoklassniki
Related Items2016 BTS LIVE The Most Beautiful Moment in Life On Stage: Epilogue tourAyumi HamasakiBangtan BoysBTSDa-iceKumi KodaSKE48TRFYouth!
← Previous Story Wonder Girls Dominates Southeast Asian Countries’ iTunes Charts
Next Story → SM Entertainment Squashes Yoona’s Dating Rumor With 4 Letters