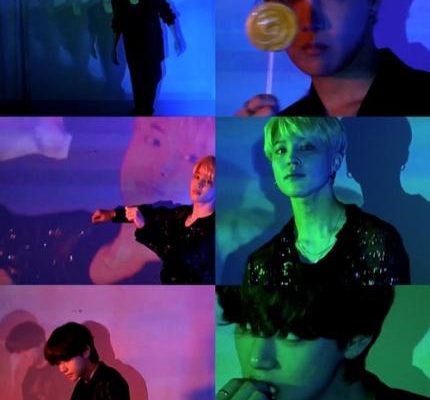 BTS continues to hype up fans for their much-anticipated comeback with the digital single “Butter” later this month. 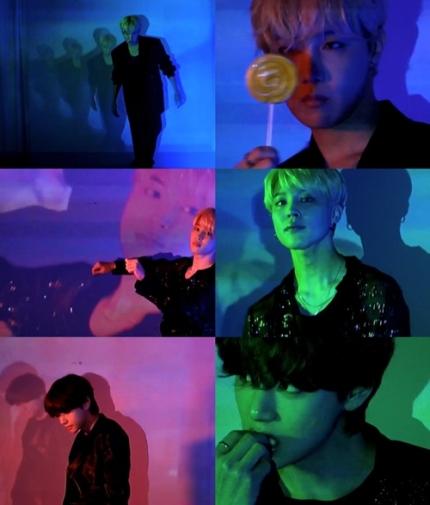 Completing the concept clips, the worldwide phenomenal boy group dropped the last batch featuring J-Hope, Jimin, and V on May 5 at midnight KST.

The videos, similar to the first two sets, utilize the technique of connecting a projector and a camcorder to shoot, maximizing the action and scene of the members as multiple images appear, and at the same time creating a dreamy atmosphere.

The main character of candy was J-Hope. Emphasizing his own charm and personality, he moved freely toward the camera and created a cheerful atmosphere.

Jimin’s object is a drink. In the video, he waved his arm and performed light dance moves while drinking a drink, he naturally soaked into the space.

V, who appeared while eating jelly, showed excitement dancing under colorfully shining lights. Showing his free-spirited charm, he moves flexibly and smiles at the camera.