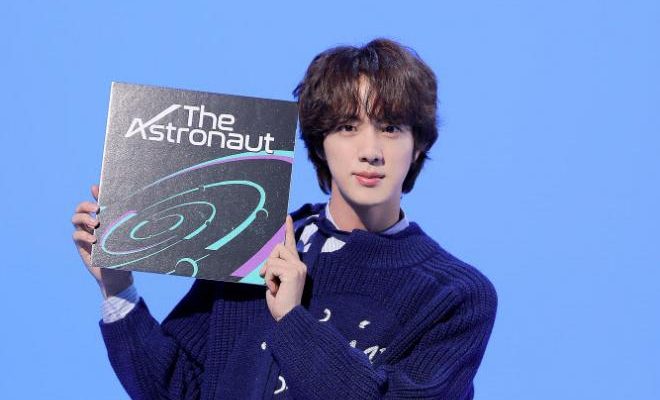 Congratulations on becoming a million-seller as a soloist, BTS’ Jin!

Jin, a member of the worldwide phenomenal K-pop boy group BTS, posted his first solo single “The Astronaut” in the ranks of Million-Sellers. 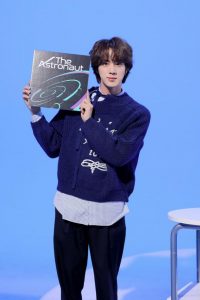 According to his agency Big Hit Music, the cumulative sales of Jin’s solo single “The Astronaut,” released on October 28, exceeded one million copies based on the Circle (Gaon) Chart tally.

The single’s cumulative sales total is 1,024,382 copies. He enjoyed the joy of achieving a Million-Seller with his solo work, following the albums of his group BTS. Notably, he became only the third solo artist in Circle Chart history to surpass the one-million mark after EXO’s Baekhyun and Lim Young Woong.

In collaboration with the globally-known band Coldplay, “The Astronaut” is an impressive song with the harmony of the pop-rock genre’s calm acoustic guitar and the gradually rising synth sound. Jin’s unique sensibility provides a refreshing yet dreamy atmosphere.

Meanwhile, he is set to enlist in the military, although the exact date and location of his enlistment are yet to be unveiled.