“Moon” the latest solo track of Jin for BTS’s album Map of the Soul: 7 has created another victory for itself by notching the longest-charting track by a solo artist on the MelOn Chart.

Moon has spent a colossal number of 222 days on the MelOn Top 100 Chart. More importantly, “Moon” has not left the charts since the release of Map of the Soul: 7 and has been charting for more than 30 weeks. 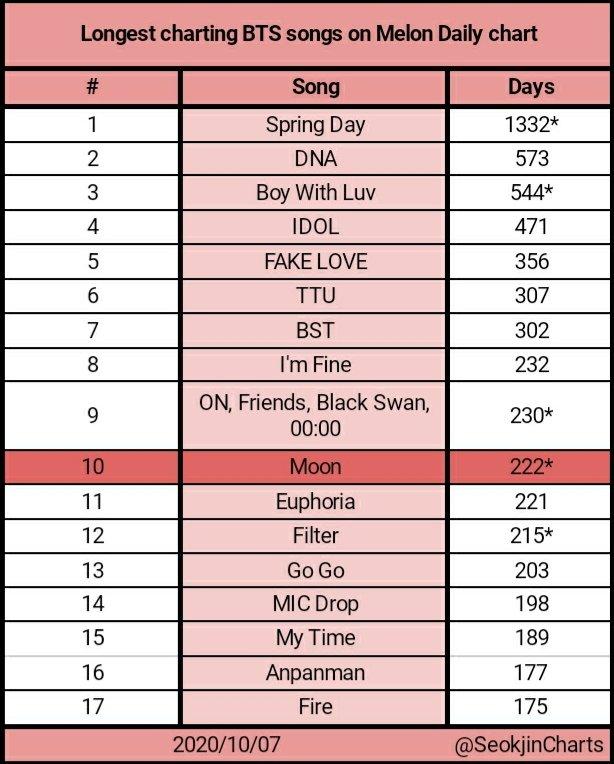 MelOn is one of the biggest music streaming platforms in South Korea, which is owned by Naver. To be on the charts for such a long time is an astonishing feat and has surpassed 147,000 Likes on MelOn.

Ever since ARMY has started to trend the hashtags  #EverlastingMoon and #ChartsKingSeokjin to commemorate this remarkable achievement.

Besides this, “Moon” has succeeded in breaking many charts and records, one of which is having the most #1’s on iTunes Worldwide.