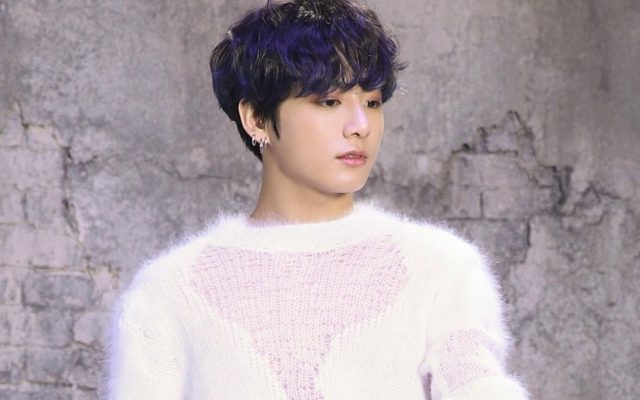 BTS’ Jungkook Makes Fans Fall In Love With His Cover Of “10,000 Hours”

We could listen to Jungkook’s sweet rendition of this love song for 10,000 hours straight. (Yes, pun intended.)

Jungkook of BTS took to Soundcloud to release his charming cover of “10,000 Hours” by Dan+Shay and Justin Bieber.

Music has a way to speak to your soul in exceedingly profound ways. If you need a song to tug at your heartstrings and make all your feelings spill out like fluttering glitter, BTS’ maknae has got your back. The 22-year-old hitmaker has previously covered tracks like “Never Not” by Lauv, “We Don’t Talk Anymore” by Charlie Puth and Selena Gomez, and “Nothing Like Us” by Justin Bieber. Now, he’s taken another Justin Bieber song and put his own enchanting spin to it, courtesy of his serene and snowy vocals.

“10,000 Hours” was released in October 2019, just days after Justin Bieber and Hailey Baldwin exchanged vows. The romantic lullaby is composed of a revitalizing pop melody wrapped up in heartwarming promises of infinite love. With endearing words like: “I’d spend 10,000 hours and 10,000 more / Oh, if that’s what it takes to learn that sweet heart of yours / And I might never get there but I’m gonna try / If it’s 10,000 hours or the rest of my life / I’m gonna love you.”, this song is a ballad that could charm its way into anyone’s playlist.

Jungkook’s ethereal vocals and exquisite timbre synergize perfectly with the poetic song, taking us on a journey through a timeless love story. We’re just going to say it: Jungkook can sing anything.

It may only have been a day since it was posted, but Jungkook’s rendition of “10,000 Hours” has already raked in 3.9 million plays, 421K likes, and nearly 40K shares on Soundcloud. With the singer’s vocals of golden magic, it’s no longer a surprise that his covers gain this much attention within mere hours.

While BTS continuously uploads new content to keep ARMY entertained, the countdown to their new English track begins. A few days ago, Big Hit Entertainment released an announcement on Weverse for the group’s upcoming single. The song is slated to be launched this August, and it goes without saying that fans are enraptured with the news.

In line with this, Columbia Records posted a cryptic set of countdowns on Twitter. Each of the seven countdowns features a different color, which likely pertains to the members’ individual microphone colors. In true BTS fashion, the mysterious numbers have fans putting their detective hats on to crack the code once again. While one of the timers is clearly set for their single, the others could be hinting at teaser content releases.

In the days leading up to the new BTS song, we’re already expecting a whirlwind of fan theories to be thrown around. In the meantime, we wouldn’t mind a few more song covers from the Bangtan Boys.

FacebookTwitter
SubscribeGoogleWhatsappPinterestDiggRedditStumbleuponVkWeiboPocketTumblrMailMeneameOdnoklassniki
Hellokpop, as an independent Korean entertainment news website (without influence from any agency or corporation), we need your support! If you have enjoyed our work, consider to support us with a one-time or recurring donation from as low as US$5 to keep our site going! Donate securely below via Stripe, Paypal, Apple Pay or Google Wallet.
Related ItemsBangtan SonyeondanBTSbts jungkookJeon Jungkookjungkook방탄소년단
← Previous Story “Beyond LIVE” Is Returning In August With Another Enticing Act – Super Junior-K.R.Y
Next Story → Taemin Shines In Teaser Images For “2 KIDS” + Declares Plans For Special V Live