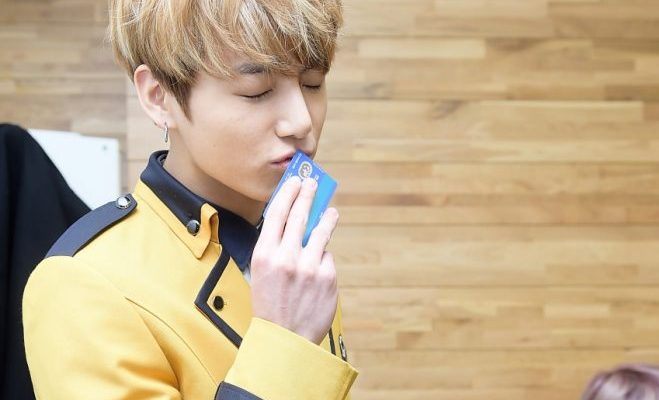 After saying goodbye to his high school, BTS‘ youngest member Jungkook proved once more that he is now an adult as he used his own card to treat his older members to a hearty meal of Chinese dishes after his graduation.

BTS’s Jungkook swipes his own card to treat his members to a hearty meal after his graduation ceremony. (Photo by Dispatch)

Rap Monster, Jimin, J-Hope, Suga, Jin and V gathered together to attend and celebrate the graduation ceremony of their maknae. The septet ate at the same Chinese restaurant they came at after Jungkook’s high school entrance ceremony three years ago.

BTS filled their stomach with a generous serving of jajangmyeon. The members also ordered a variety of dishes including sweet and sour pork, stir-fried scallops, among others. Jungkook coolly took all the orders in and allowed his members to enjoy his treat. 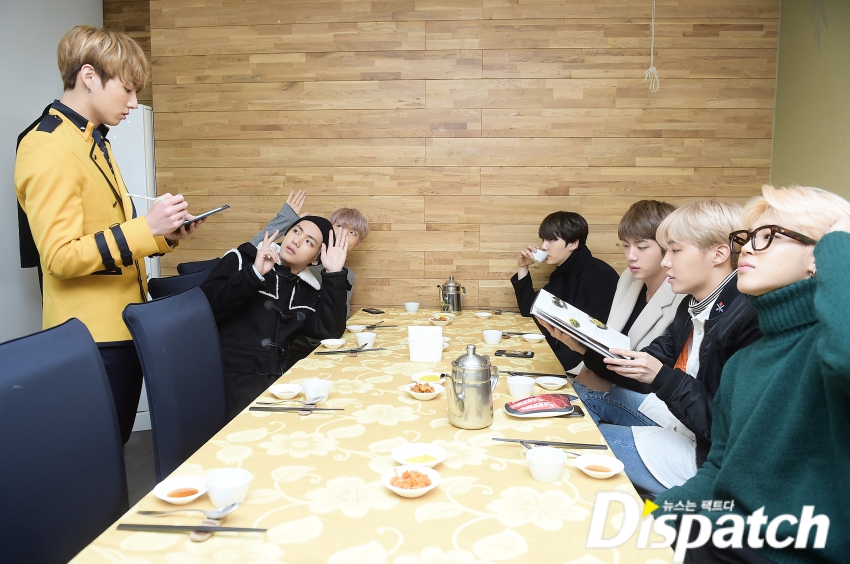 The new high school graduate also shared his feelings on completing a chapter in his life. “I just feel like I entered high school few days ago. The time flies too fast. I feel like I have to act and talk like an adult and be responsible,” he expressed.

His members relayed their pride in witnessing the growth of their youngest member. “I feel like I’m taking care of him for 6 years. I’m proud that he has grown up so much,” said Jin, who has known Jungkook since he was 15 years old.

After the harmonious meal, BTS’s maknae took care of the bill with his own card, clearly different from three years ago wherein he used his father’s card. 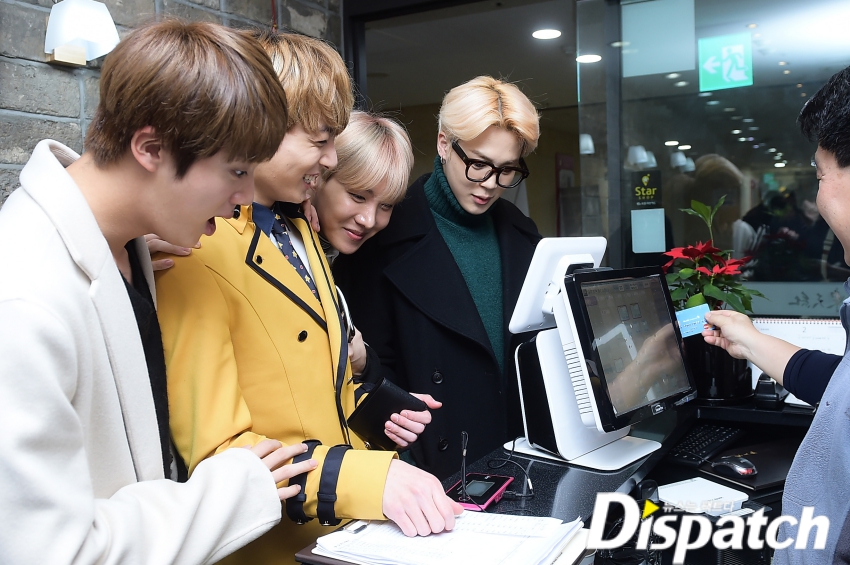 BTS’s youngest is all-grown up and now treating his members with his own card. (Photo by Dispatch)

Jungkook then left a message to his fellow graduates.”I hope you’ll work hard for your dream,”  he said.

BTS is also in the midst of preparation for a new album, which is perfect for the season, according to Rap Monster. Suga, on the one hand, said that there was indeed pressure on their shoulders in every album release. 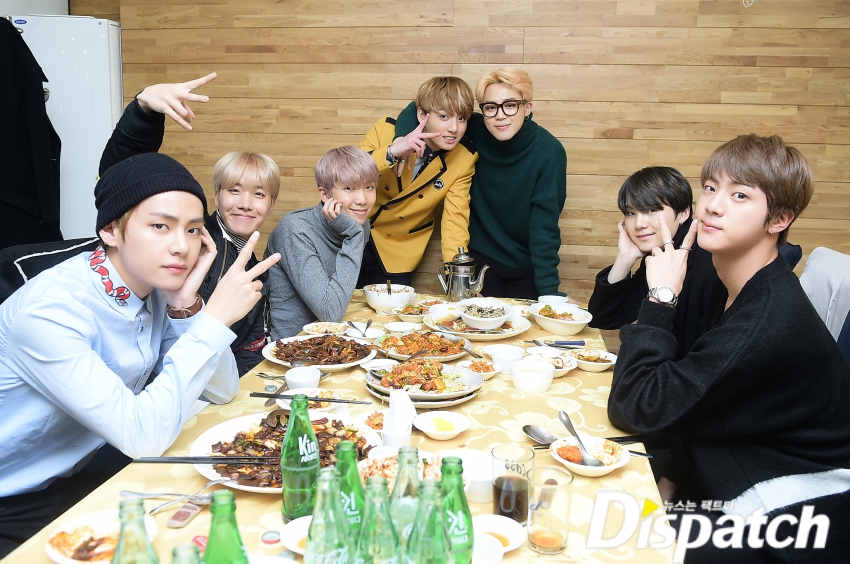 BTS are one in celebrating Jungkook’s graduation. (Photo by Dispatch)

However, the group continues to work hard and simply treasure every moment. “It’s our beginning once again. We need to do our best for our upcoming activities,” Suga added.

The member also expressed excitement on BTS’ upcoming world tour, especially their concerts in North and South America which they are visiting after a long time.

Cheers! BTS clicks their bottles to commemorate this special day. and to better days of 2017! (Photo by Dispatch