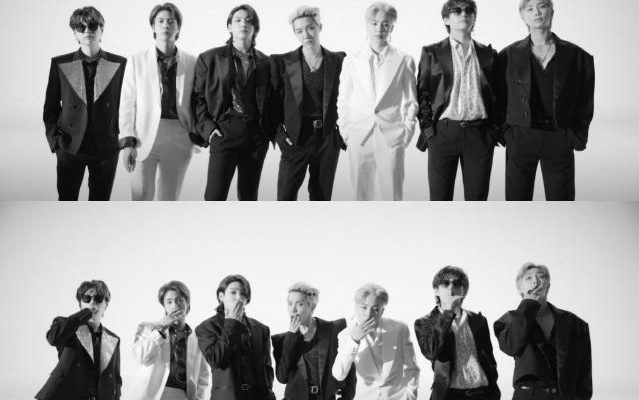 ARMYs are surely thrilled with the short but sweet preview of BTS’ “Butter” music video!

BTS continues to raise anticipation for their grand comeback by dropping the final teaser for their much-awaited English digital single “Butter.”

On May 19 at 12 midnight KST, the well-loved septet delighted fans around the world by releasing the stunning music video teaser for “Butter.” Giving a sneak peek at their upcoming music video, the 24-second clip starts with the appearance of BTS standing side by side and ends with a scene of butter placed on pancakes.

In the video, the seven members wear a suit and ride the rhythm by raising their heads in one direction. With a black-and-white aesthetic, the boys move lightly and the stylish presentation stands out. After a pancake topped with butter appears, the video ends with the boys looking startled and putting their hands to their mouths. 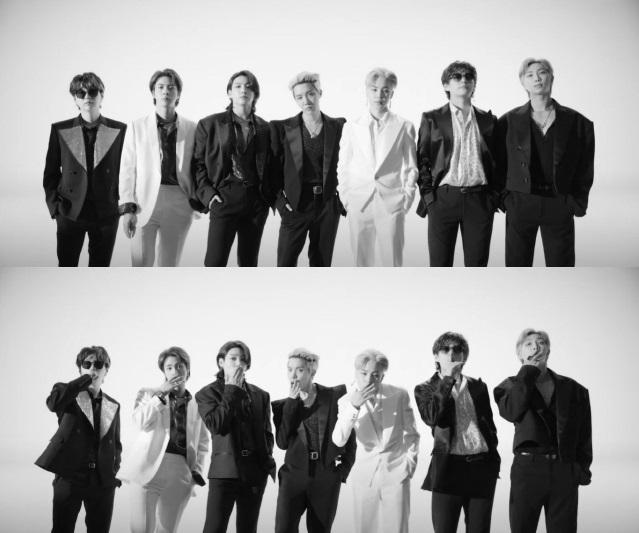 “Butter” is a dance-pop song with a bright and exciting atmosphere. It will be simultaneously released through various music sites around the world on May 21 at 1 PM KST. Aside from their highly-awaited comeback, fans should also watch out as BTS will also perform “Butter” for the first time at the 2021 Billboard Music Awards. Moreover, this year’s BBMAs will air live via NBC on May 23.

Hype yourself up by watching the exciting music video teaser for “Butter” below: