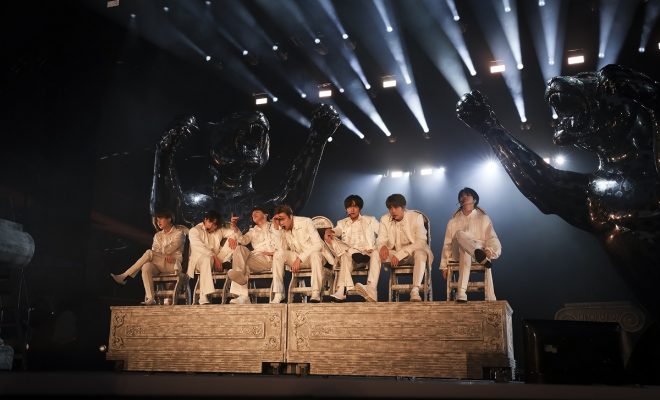 BTS Proves Global Superstar Power As “Love Yourself: Speak Yourself” Becomes Billboard’s Top-Grossing Tour In May

BTS has once again proven their amazing global power together with their loving ARMYs worldwide!

Continuously impressing fans around the world, the South Korean boy group BTS has scored a brand-new achievement with their ongoing stadium tour Love Yourself: Speak Yourself. 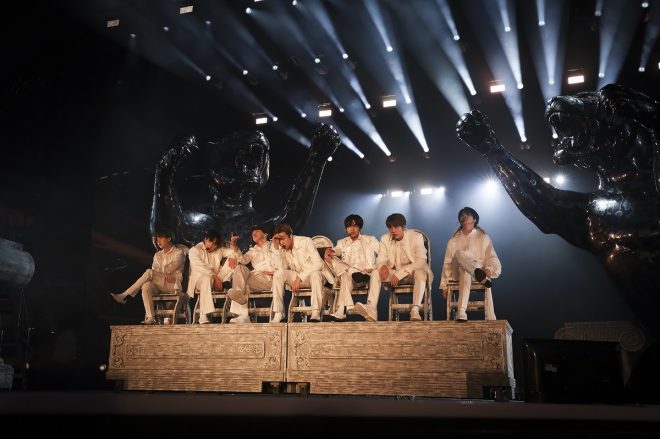 According to a recent report by Billboard, RM, Jin, Suga, J-Hope, Jimin, V, and Jungkook have won the number one spots for two charts in May. In particular, the boys’ Love Yourself: Speak Yourself has dominated the Top Tour and Top Boxscores charts.

.@BTS_twt is No. 1 on @billboard's monthly #TopTours and #TopBoxscores charts for May.

They also broke the record for the highest-grossing set of shows in @RoseBowlStadium's history. pic.twitter.com/SPjxgkk2Wf

With only eight shows in New York, Chicago, Los Angeles, and Sao Paolo, BTS already grossed a total of $51.7 million and sold 384,498 tickets. Notably, the worldwide idols’ soaring earnings mark as the biggest one-month total of 2019 so far. 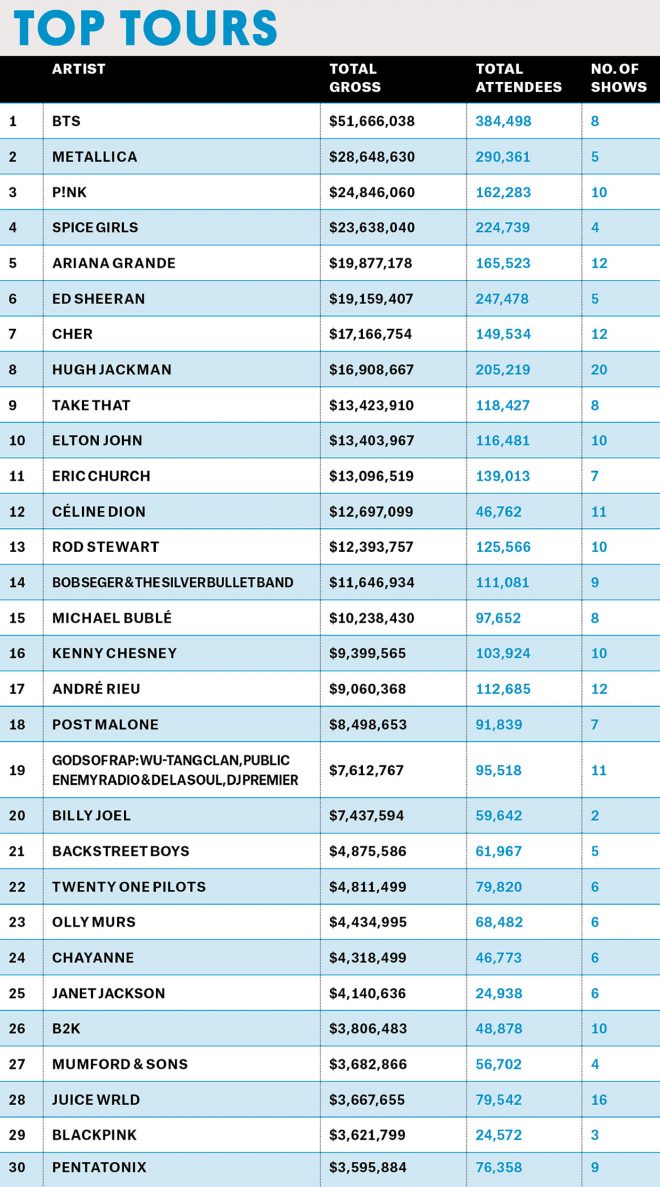 Starting their fresh world tour with back-to-back concerts at New Jersey’s MetLife Stadium, the boys then graced the stages at Rose Bowl Stadium and Soldier Field for another two-day party for each venue. Aside from making history as the first Korean act to perform in the said U.S. stadiums, BTS has likewise achieved an impressive record as the six shows totaled $44 million earnings with almost 300,000 tickets sold.

BTS as one of the most powerful touring artists worldwide

Additionally, the idol group’s sold-out double-header concerts at Rose Bowl stadium last May 4 to 5 officially became the highest grossing engagement in the venue’s boxscore history. As previously reported, the boy band was able to sell 113, 040 tickets, which amounted to $16.6 million earnings. 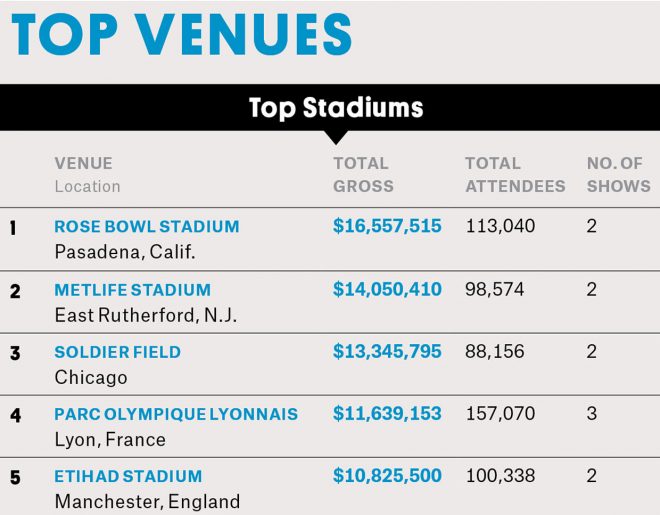 Besting out the high marks of international artists like Taylor Swift and U2, Beyoncé & Jay-Z and Eminem & Rihanna, the phenomenal K-Pop septet truly proved to everyone that they are indeed among the most powerful touring artists in the world.