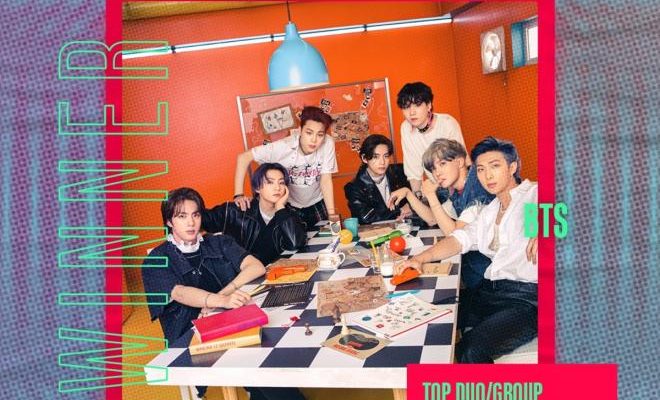 Congratulations on the historic feat, BTS! 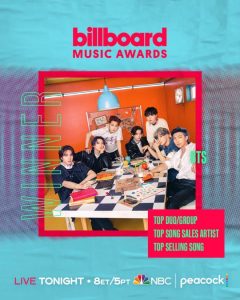 The 2022 Billboard Music Awards, which was held on May 15 local time, named the winners for this year’s awards. Out of the seven nominations they got, BTS bagged three awards. The septet took home the Top Duo/Group, Top Song Sales Artist, and Top Selling Song for their record-breaking song “Dynamite.” This is their second year in a row to win all three awards. Moreover, in the Top Duo/Group category, they earned their third award after 2019 and 2021.

In 2021, the septet earned four nominations and eventually swept all of them. They bagged the Top Social Artist for the fifth straight time, and won the Top Duo/Group, Top Song Sales Artist, and Top Selling Song for their record-breaking hit song “Dynamite.”

Notably, BTS has won a trophy at every single BBMAs since 2017. With a total of 12 awards, the idol group has now become the group with the most wins at the said awards show in history, surpassing Destiny Child’s record of 11 wins.