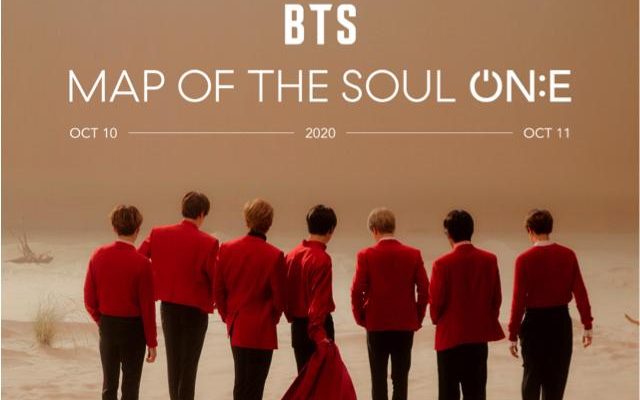 BTS Is Ready To Light Up The Stage Once Again In “Map of the Soul On:E Concert”

Attention, ARMY! After months of digital content alone, BTS is reemerging with Map of the Soul On:E Concert.

This just in! In a recent corporate briefing, Big Hit Entertainment announced the upcoming Map of the Soul On:E Concert. Save the date for October 10 and 11, 2020, because BTS is back with their first live and in-person concert since the onset of the global pandemic. 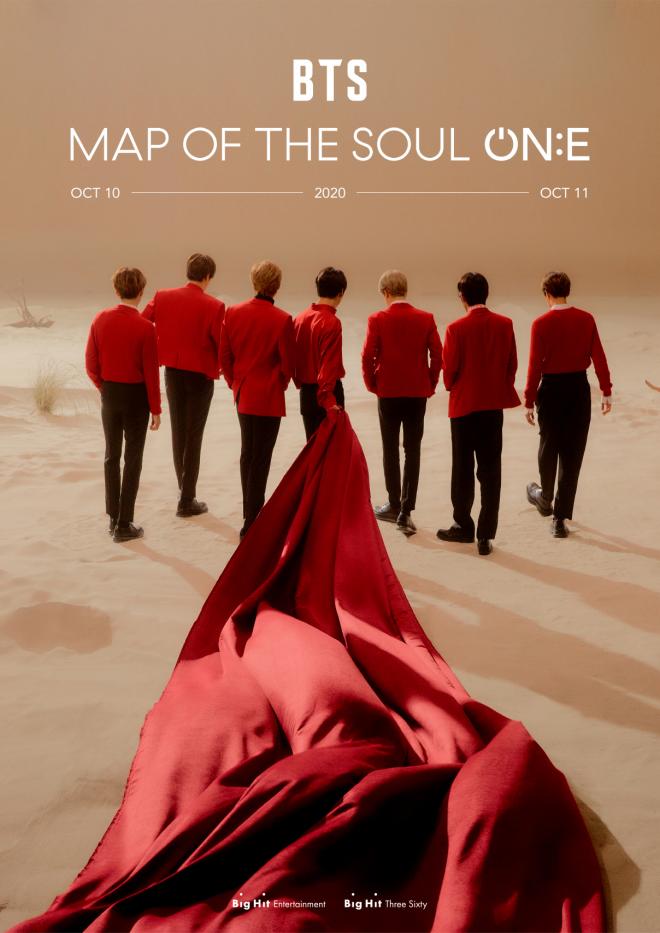 Via an announcement on Weverse, the company shared that there will be limited seating for the live event in order to adhere to government-mandated physical distancing measures. However, don’t fret if you won’t be able to attend the concert in person, because online streaming will be available as well.

Being both the color of determination and love, BTS stuns in dominantly red outfits for their concert poster. With Jungkook pulling a long red sheet behind him, the aesthetic of the image is akin to that of a group of Spanish matadors.

Moreover, the backdrop appears to be a scorching desert with an infinite horizon, but the boys face it head-on. Knowing Big Hit’s love for theatrics, we can interpret that this depiction carries profound symbolism for the global storm of chaos that the entire world had to weather for the past few months. However, when we make it through the drought and storm, there’s a rainbow waiting on the other side for us.

“Dynamite” is set to be launched on August 21st, “Map of the Soul On:E Concert” is scheduled for October 10 and 11, and the group’s new album is slated to hit stores by the fourth quarter of 2020. With all these upcoming endeavors, the kings of content are ready to set the music industry aglow again.

BTS is back and in person too. So, ARMY, dust off your ARMY Bombs, because you need to light up some stadiums again soon!