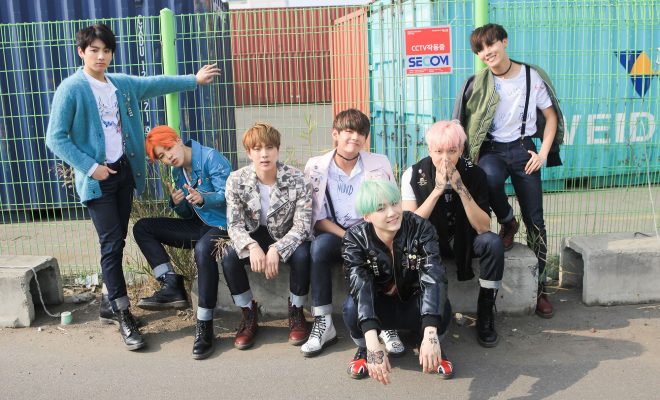 BTS are even burning up the YouTube music video charts!

According to data provided by YouTube, BTS topped the ‘Most Viewed K-Pop Videos’ in America, as well as internationally for the month of May. The group snagged the first two spots on both charts with Fire and Save Me respectively.

In the list published by Billboard, Tiffany‘s solo debut with I Just Wanna Dance cinched third place on both charts, while Akdong Musician‘s MVs for its double title-tracks, Re-Bye and How People Move, took the #4 and #5 spots.

Check out the playlist below to find out which K-pop artists made it to the Top 10 Most Viewed K-Pop Videos worldwide for May:

Hellokpop, as an independent Korean entertainment news website (without influence from any agency or corporation), we need your support! If you have enjoyed our work, consider to support us with a one-time or recurring donation from as low as US$5 to keep our site going! Donate securely below via Stripe, Paypal, Apple Pay or Google Wallet.
172
SHARES
FacebookTwitter
SubscribeGoogleWhatsappPinterestDiggRedditStumbleuponVkWeiboPocketTumblrMailMeneameOdnoklassniki
Related ItemsAkdong MusicianBangtan BoysBillboardBTSFireHow people moveI Just Wanna DanceMost Viewed K-Pop VideosRE-BYEsave meTiffanyYoutube
← Previous Story Who Will Be In IOI’s First Unit Group?
Next Story → LUNAFLY Successfully Achieves Crowdfunding Goal Within A Day