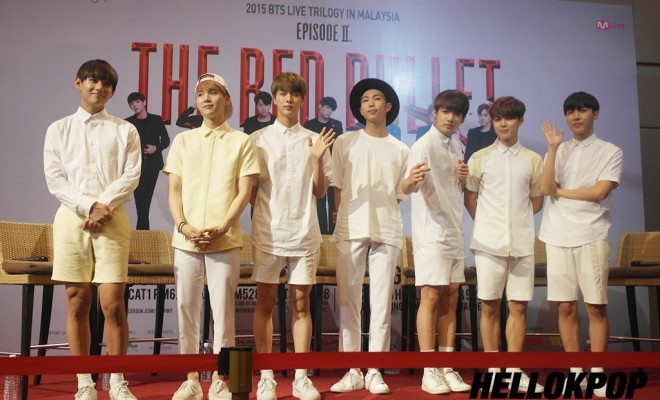 On 5 June, a day before BTS’s Live Trilogy in Malaysia, the boys appeared before the press to talk about their lives as BTS members, as well as about their music.

Before meeting the press, BTS met Malaysian ARMYs for the very first time at Hello Session, which was a fan meeting just for lucky winners to receive personal autographed photocards from the members on stage individually. BTS also celebrated its 2nd debut anniversary on this day with the fans, as it is on 13 June.

This was not the first time for the boys to visit the country. The members recently flew to the east of Malaysia, Sabah, for a private schedule. During the press conference, BTS talked about the impression of Malaysia during their first visit, expectation of the concert, album concept and upcoming goals, among others. 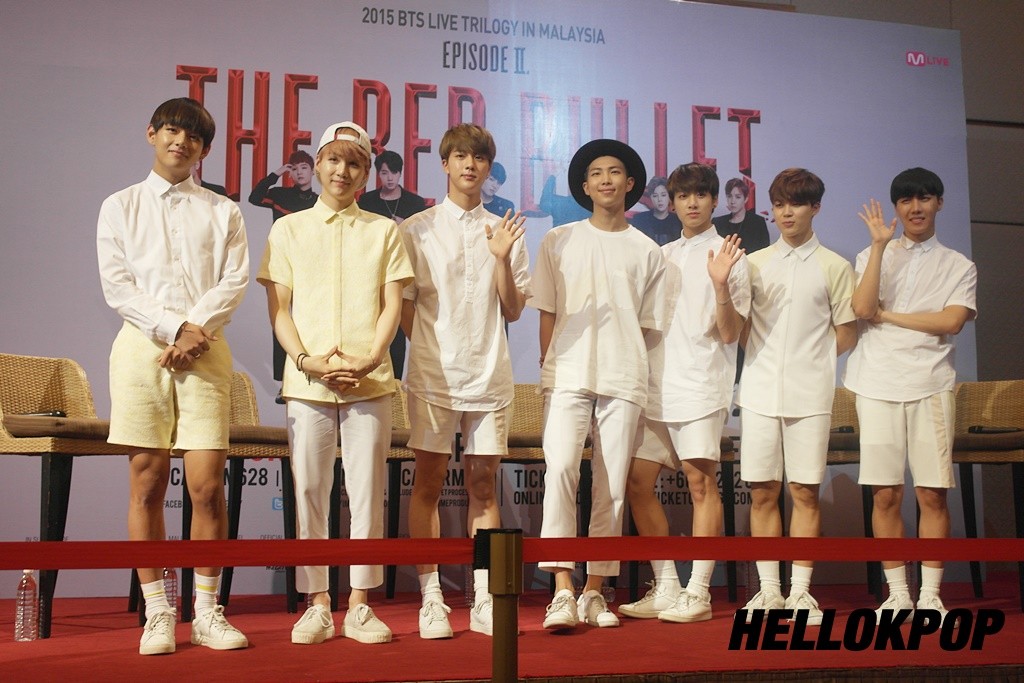 Q: You recorded in Sabah last month. Can you tell us what you thought about Malaysia?
A: Firstly, we liked Malaysia very much. The weather and the scenery were so beautiful when we came to record last month. And now we came again this time and the fans are so passionate and so welcoming which leaves a good impression on us. We would like to come again.

Q: Before you came here, what was the first thing that came into your mind when you heard the word ‘Malaysia’?
A: Don’t you think of holidays? Somewhere you want to come and rest. Later on we would like to come for vacations. 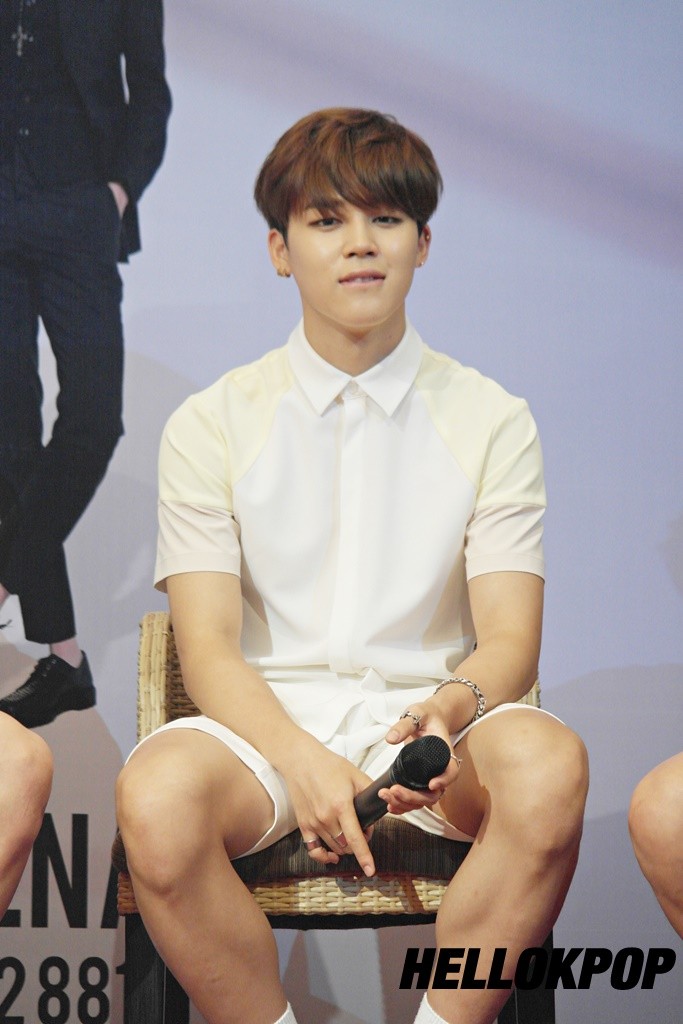 Q: Do you mind explaining the meaning of the title of the concert? Why is it called ‘The Red Bullet’?
A: We have 3 seasons and ‘The Red Bullet’ has the meaning of us going through a lot of obstacles yet going through them and wanting to protect our music. “It symbolizes our passion and energy for music and represents teenagers and people on their 20’s. I think it symbolizes the energy and the youth” (–Rap Monster, sic)

Q: Do you have any expectation for this concert in Malaysia?
A: It is a very passionate country so we are expecting big cheers. 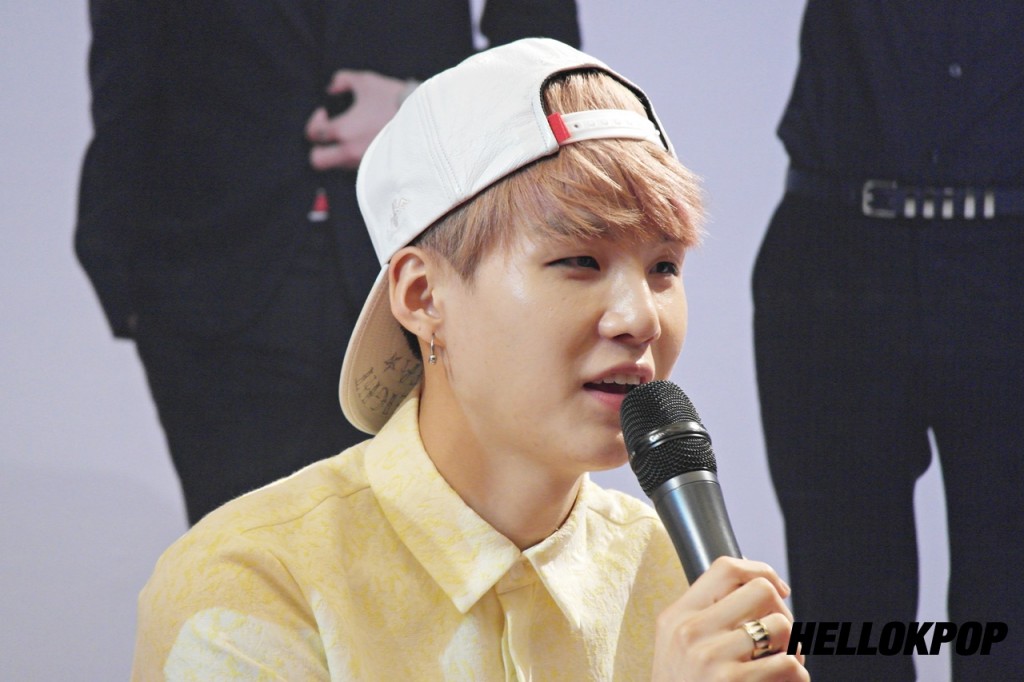 Q: Let’s talk about the album, you recently released your latest album ‘The Best Moment in Life PT. 1’ and the concept of the title song ‘I Need You’ is quite different from the previous songs, so can you share with us more about this album and the concept?
A: “Our new album is talking about youth, not just the beautiful side of youth but the very dangerous and nervous side of it as well. So we are just talking about youth but the bright side and the dark side at the same time.” (–Rap Monster, sic) 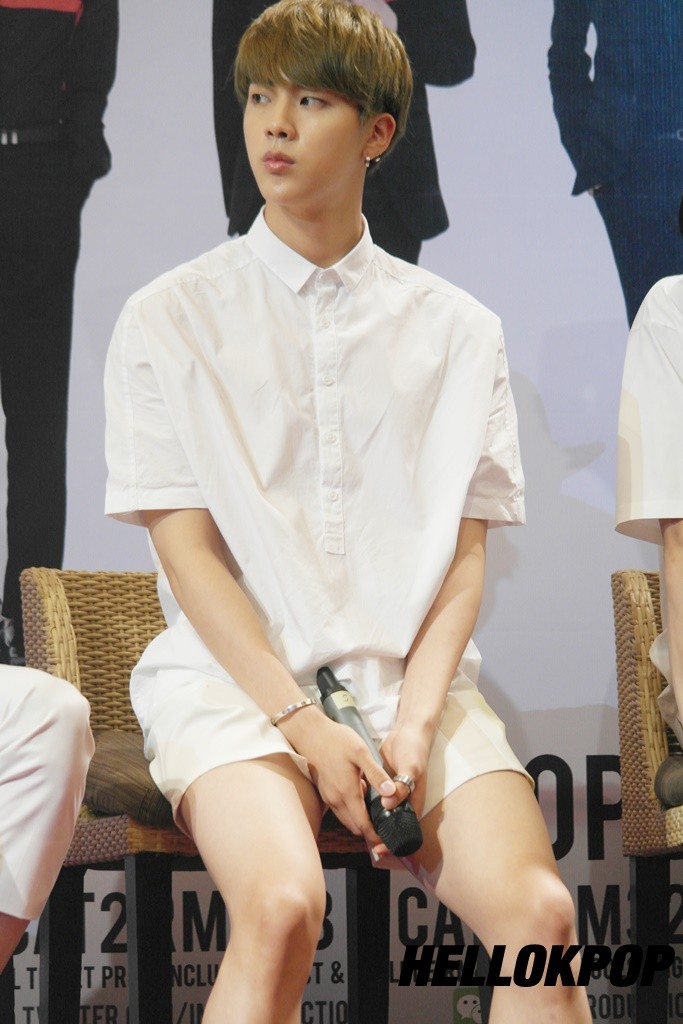 Q: So these are the themes of the album: anxiety, day dream and blooming. What message do you want to bring out from these themes? (Which member fits this concept the best?)
A: “Like I just said before, we just want to talk that youth is beautiful but it’s not just beautiful but it still has dark sides and very dangerous sides and we just want to tell stories about that and I think that the most fitted member is Suga.” (–Rap Monster, sic) Even during the photo shootings we thought that Suga was the member that would fit the best. 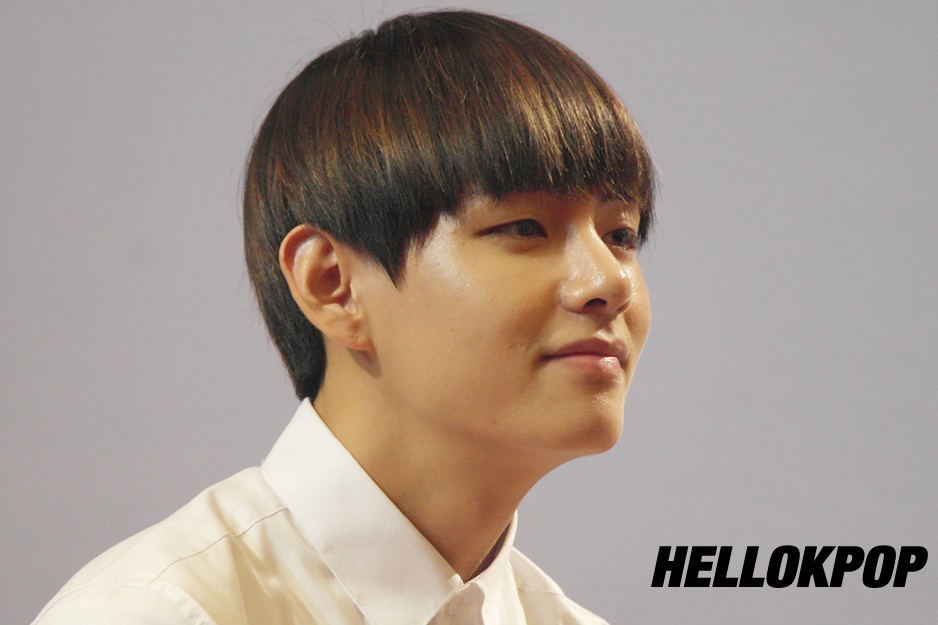 Q: This comeback is a very successful one and ‘I Need You’, has topped many music charts, so how do you feel about this accomplishment?
A: First, when we started promoting, we were worried but a lot of people cheered on us and supported us and because of that we were able to promote happily.

Q: In one of your interviews earlier this year you stated that one of your biggest goals was actually to get a first place on a music show. Now you have got it. What is your next step? Do you have any new goal or resolution?
A: Since we achieved this goal I believe that our next goal is to have a concert at a bigger venue, since we have more fans and we think that it will be nice to communicate with them at a bigger place. 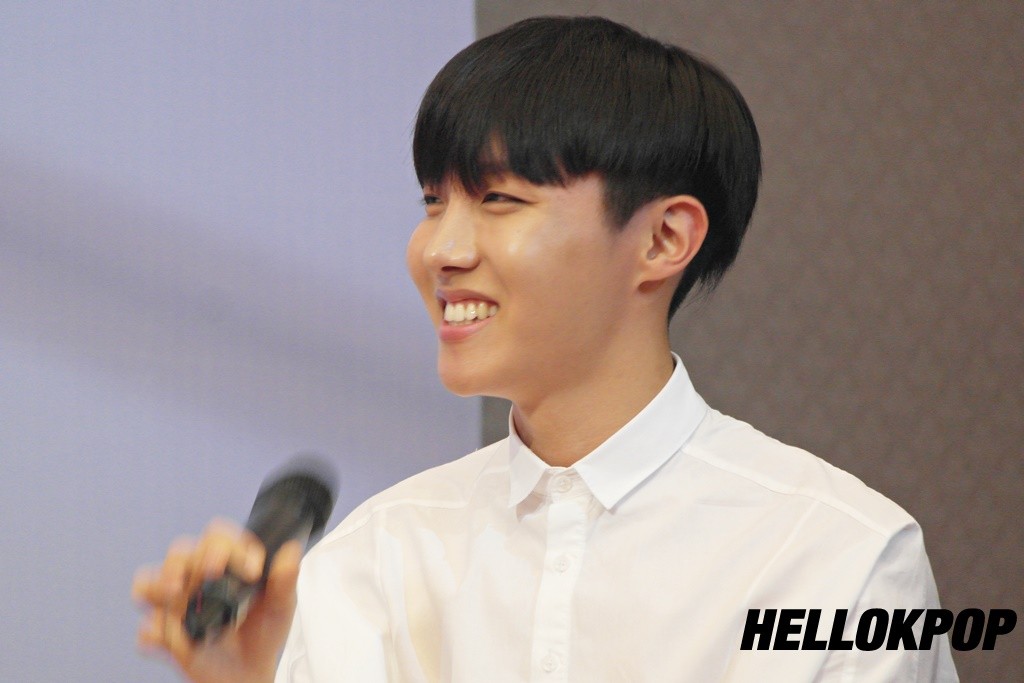 Q: You have been showing a very strong and powerful image since debut. Is there any concept that you want to try for upcoming albums?
A: We would like to try different concept and different types of music but since there hasn’t been anything decided, we have to discuss it further.

Q: Your choreography is often said to be the toughest. You have to dance and sing at the same time. How do you maintain your stamina? Do you mind showing us how you do your training?
A: We all normally work out and especially for our dances we receive long lessons so I think that the lessons help with our stamina. Dance is our workout. 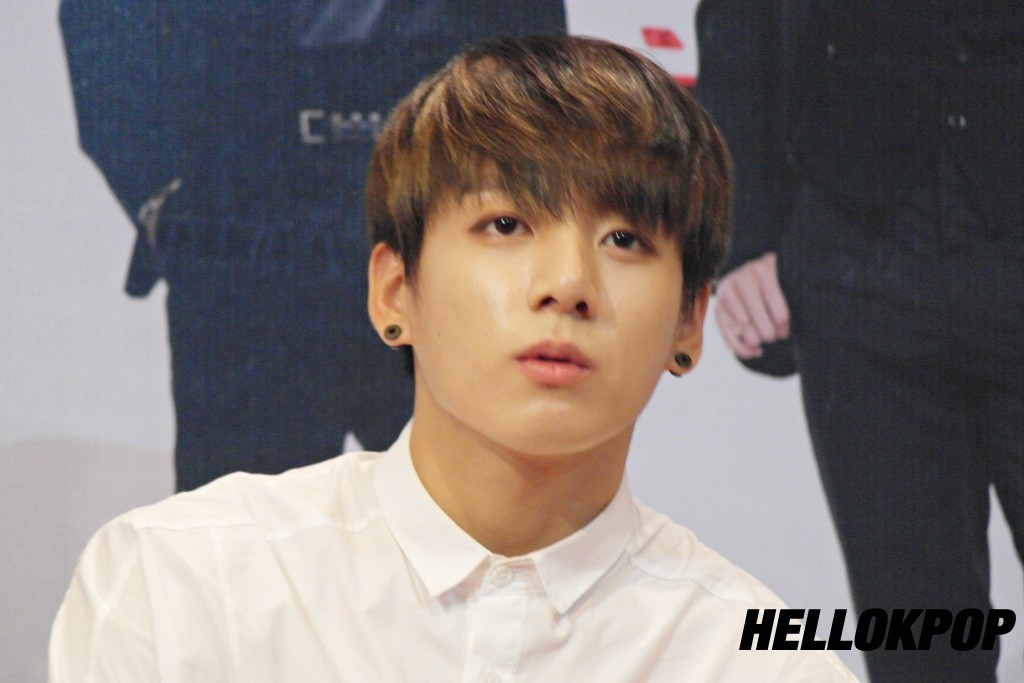 Q: BTS has debuted more than a year ago, you guys are going to celebrate your second anniversary, right? What is it like to be in BTS and did it this change you?
A: During the year we did a lot of things. We had a concert, a tour and we also won first place. Those small moments, we could do those things because the fans were there so we would like to give them special thanks. Also, it was a really happy year and I hope we can continue being happy.

Q: K-Pop is very competitive; what are the challenges you have faced as a young group?
A: Firstly, as a young group we always have to be nervous and we didn’t know how to look at cameras and during performances we only looked forward. Now, there is a bit more comfortableness and now we can look at all the cameras and do gestures which make the stage more natural. 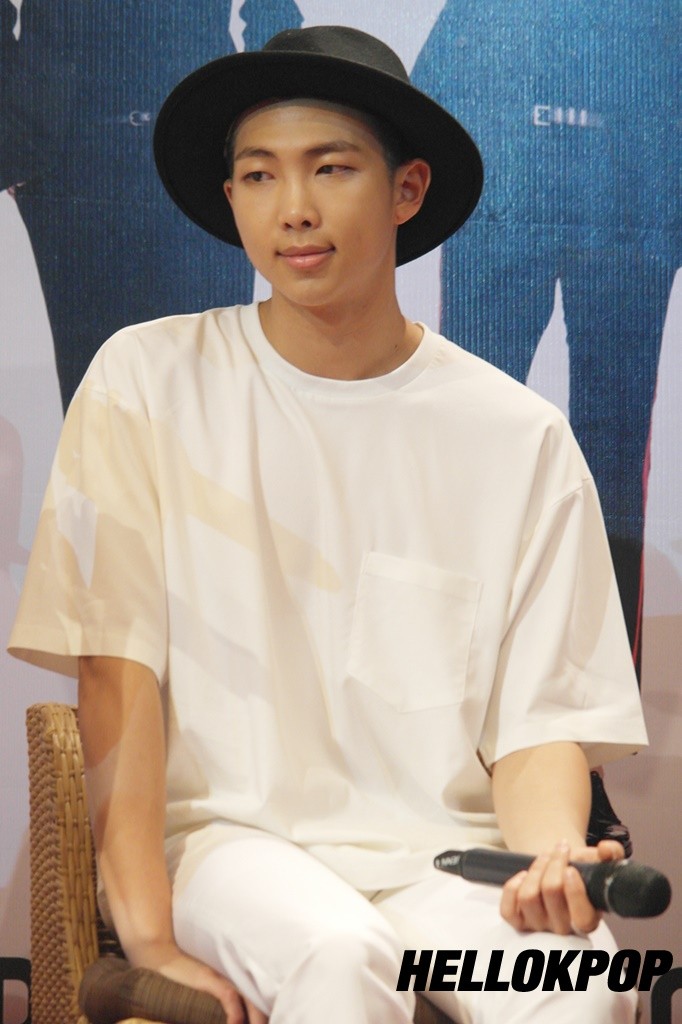 Q: Which member or members improved the most since debut?

V: Jimin. (Why?) He got cooler.
Suga: Jeongook. He became more mature and he grew a lot through composing and writing songs.
Jin: I think J-Hope improved the most. When he was a trainee he didn’t have a very bright character but he became very bright. As a person who has been with him for a long time, I am very happy.
Rap Monster: It is very hard to pick one but not V. I think it’s Jimin for many reasons but I won’t tell. He got a lot cooler and I hope he improves more.

The press conference ended with Rap Monster apologizing in a humble manner for the slight delay of the program. 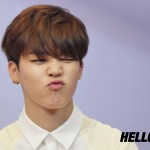 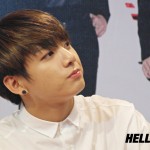 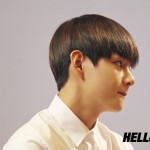 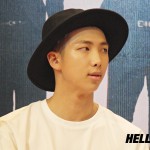 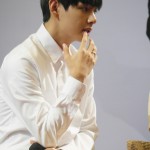 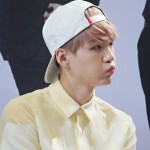 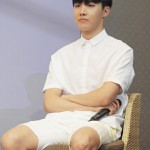 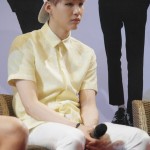 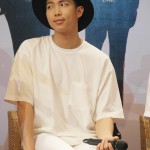 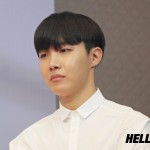 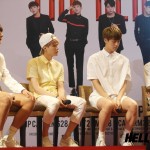 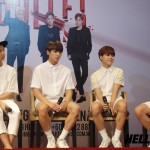 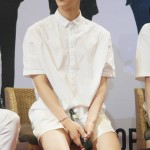 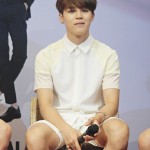 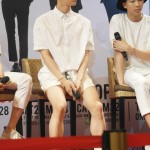 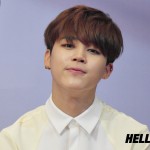 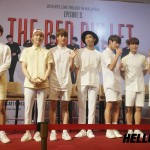 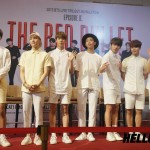 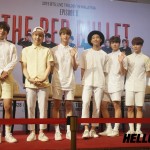 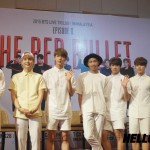 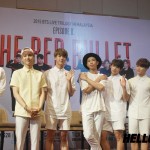 
We would like to thank IME Productions for the media invitation.

Note: Rap Monster answered questions in English, therefore his quotes are taken as is.