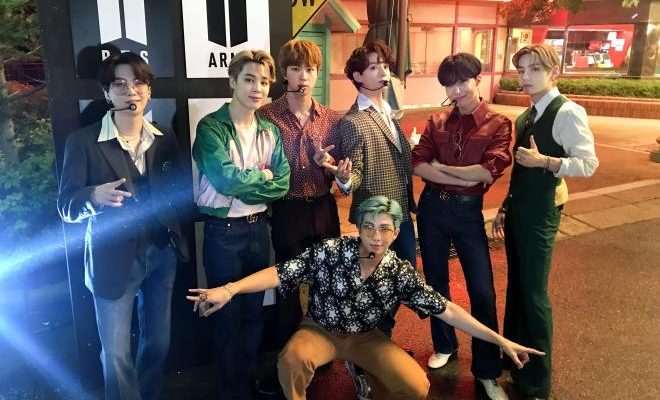 BTS lit up the world like dynamite with their latest performance on America’s Got Talent.

America’s Got Talent expressed much enthusiasm for BTS’ return to the prestigious talent show. Shaking up the music industry once again, the phenomenal septet brought the funk, the soul, and the groove! 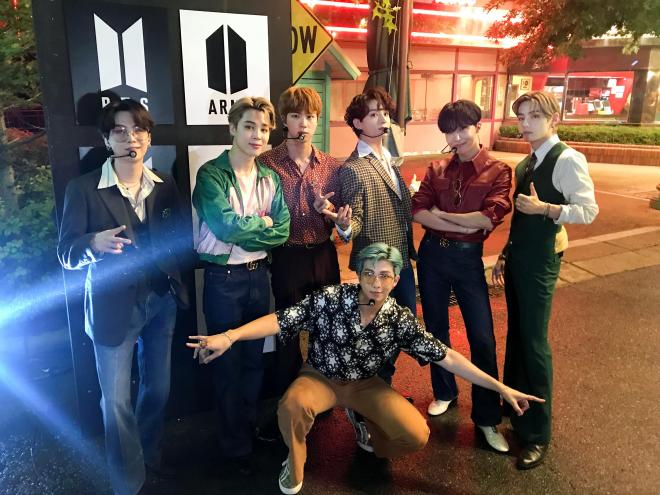 Just when fans thought that we would only be getting an official and a B-side music video, Bangtan Sonyeondan just served up a new performance that feels like a C-side video! Clad in their iconic retro ensembles, the boyband turned a theme park into their stage.

The performance commenced with Jungkook and his newly permed hair right before the camera panned over to RM who was dancing on the rooftop of a retro gasoline station. Each member made quite an entrance before they came together for the chorus of their quirky song. If we had to choose three standout moments, it would be when Jin made a heart sign for the fans, when RM magically appeared on a rooftop, and when Suga danced on the hood of a car.

The various perspectives truly captured the vintage aesthetic of the amusement park and BTS’ undeniable charm. The way the performance was orchestrated was a brilliant spectacle that could very well have been the third music video of the single. Dancing through the old-timey streets of the park, the seven-strong displayed what they do best: performing with a dash of playfulness. It’s a fact; these boys have become kings of the music industry!

ARMY can expect to see BTS promote more of their comeback single at the iHeartRadio Music Festival on September 19 and at a mysterious secret venue on September 26.

Meanwhile, the Korean pop sensations are gearing up for their second virtual concert of the year, which is scheduled to take place on October 11 and 12. With a plethora of “Dynamite” performances, a concert on the horizon, and a new album slated to drop in the fourth quarter of 2020, BTS is clearly back and as amazing as ever!