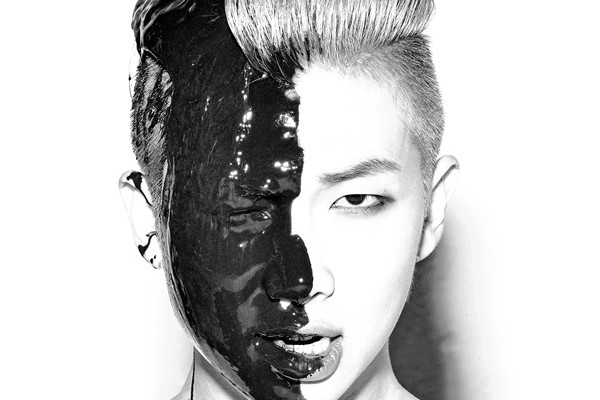 It’s been quite a fruitful year for BTS, more so for their leader Rap Monster. First he released a track with hip-hop legend Warren G and had a promotional single for the film Fantastic Four. Then he pursued his individual projects by releasing an 11-track mixtape entitled RM.

Rap Monster’s musical efforts with RM have recently been acknowledged as being one of the best hip-hop albums of 2015 by SPIN Magazine, taking the No.48 spot on the list. It is an amazing accolade as Rap Monster’s mixtape is featured alongside other brilliant rappers, such as Kendrick Lamar and Drake! SPIN Magazine’s Dan Weiss, who recommended the mixtape, commented:

With smartly snagged instrumentals from Run the Jewels and Big K.R.I.T., a cameo from Tech N9ne sidekick Krizz Kaliko, and surprisingly sturdy hooks on the piano-bar blues “Life” and the hammering standout single “Do You,” Kim Namjoon actually stands a chance of making a dent in the States. Provided he sticks to doing him.

RM is available on BTS’ Official Blog website as a free download or on the group’s Soundcloud page as well. Congratulations to Rap Monster on the feature!

We need your support! If you have enjoyed our work, consider to support us with a one-time or recurring donation from as low as US$5 to keep our site going! Donate securely below via Stripe, Paypal, Apple Pay or Google Wallet.
170
SHARES
FacebookTwitter
SubscribeGoogleWhatsappPinterestDiggRedditStumbleuponVkWeiboPocketTumblrMailMeneameOdnoklassniki
Related ItemsBangtan BoysBTSDan WeissDrakeFantastic FourKendrick LamarKim Namjoonmixtaperap monsterRMSPIN MagazineWarren G
← Previous Story AOA Successfully Wraps Up First Live Show In Japan
Next Story → Liu Wen Denies Dating Rumor With Choi Siwon