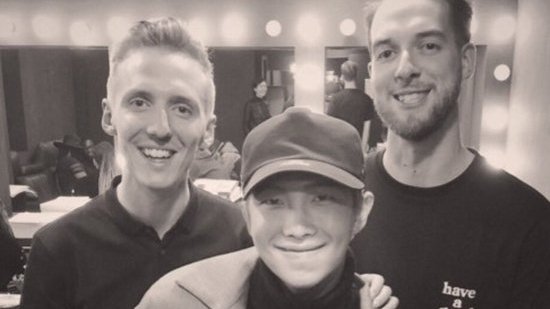 Another legendary bop will emerge again as BTS’ RM and British duo HONNE collaborates for the second time!

BTS’ RM and HONNE had confirmed that they will be releasing another collaboration track on March 27! 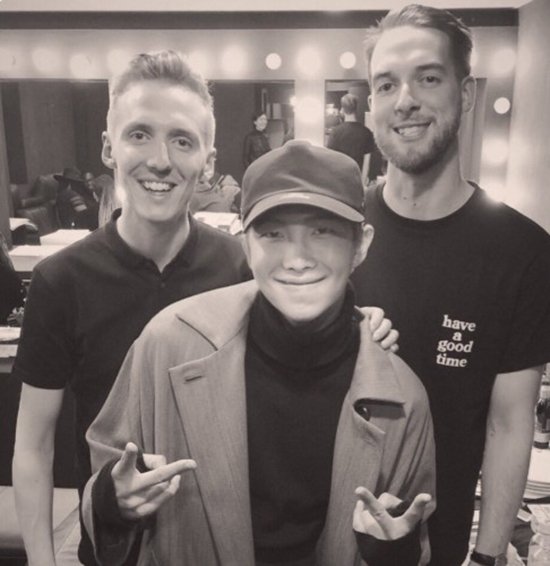 BTS’ leader had worked with the British duo again for a second collaboration following the track “seoul” included in RM’s album mono. The song, which both artists co-composed and co-produced with each other, was released in October. It received much positive feedback from fans and listeners for its calm yet catchy feel.

The soon-to-be-released song is a new version of HONNE’s track “Crying Over You” from 2018. The version with RM was reportedly due for release earlier in January 2019. However, it was postponed due to “unforeseen circumstances”.

Thus, fans were very excited when the duo revealed that the song will be finally released on March 27 internationally. In addition to their announcement, HONNE had also teased part of the lyrics through a photo posted on their Twitter handle on March 26.

Meanwhile, BTS is currently preparing for their comeback with the album Map of the Soul: Persona on April 12. As expected, it had already set records during its pre-order period, despite only having the album title and release date as the only details released for it.

Are you excited for the second collaboration between BTS’ RM and HONNE? Let us know by leaving a comment below, giving us a holler on Facebook, or tweeting us at @hellokpop!

FacebookTwitter
SubscribeGoogleWhatsappPinterestDiggRedditStumbleuponVkWeiboPocketTumblrMailMeneameOdnoklassniki
Related ItemsBTSBTS RMbts rm honne collabHonne
← Previous Story #FairyXiuminDay: 30 Reasons Why EXO’s Xiumin Is The Fairest Of Them All According To Fans
Next Story → BLACKPINK Unveils A Blonde Jennie For Second “Kill This Love” Teaser