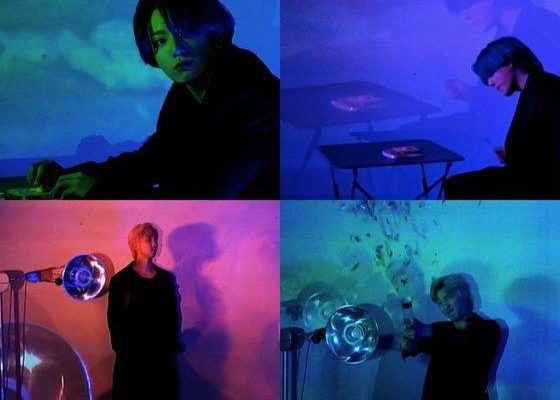 The first set of concept clips are finally out! 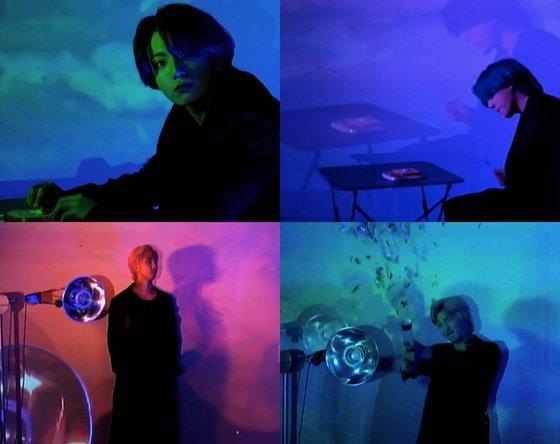 On May 4 at midnight KST, the group delighted fans with the release of the first set of concept clips. The two members looked stunning in a mysterious atmosphere under lighting with optical features.

The videos utilize the technique of connecting a projector and a camcorder to shoot, maximizing the action and scene of the members as multiple images appear, and at the same time creating a dreamy atmosphere. Their individuality and charms remain intact in the technique of capturing moments without a flashy stage device.

The “golden maknae” revealed his free-spirited charm in a space filled with colorful colors. He stared at the camera and was also spotted running around with excitement. In particular, Jungkook sat in a chair and applied heart-shaped butter to bread, drawing the attention of viewers.

The concept clips exuded a strange feeling with close-ups of Jungkook and RM’s hands, feet, and face along with a feast of light. You can also check the objects that appeared in the concept clip teaser poster released earlier. The main characters of butter and firecracker were Jungkook and RM, respectively.

Based on their promotion schedule, BTS will unveil the individual concept clips for other members in sequence on May 5 and 6.