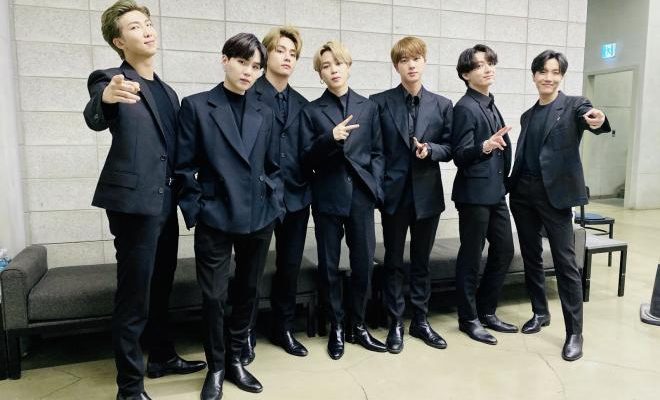 BTS’ RM On COVID-19: “Stars Shine The Brightest When The Night Is The Darkest”

BTS spoke on how COVID-19 affected the youth in the 75th United Nations General Assembly.

On 28 September 2018, BTS delivered a speech at the United Nations for their Generation Unlimited initiative at the Youth 2030 event. RM, Jin, Suga, J-Hope, Jimin, V, and Jungkook became the first K-Pop group that had become UN ambassadors and one of the first to speak at the United Nations, where they spoke on their Love yourself campaign for the violence against youth.

This year, UNICEF invited BTS once again to speak at the 75th United Nations General Assembly, which was attested by the Korean Committee for UNICEF. They had stated that BTS’s hopeful message would be broadcasted in the meeting for the Group of Friends of Solidarity for Global Health Security on September 23 at 10 p.m. KST.

The Group of Friends of Solidarity for Global Health Security was launched in 2020 by South Korea to discuss security risks related to health like COVID-19, which involves 40 UN member states. BTS was invited to discuss how future generations would struggle due to COVID-19.

Due to the ongoing pandemic, all speeches were pre-recorded.

The speech started off by an introduction from Henrietta Fore, the Executive Director of Unicef. Following which all BTS members sit on an individual seating one by one.

RM began at the first point where he talked about how he could never have imagined their world tour would not be able to play out, after which he did feel isolated and alone.

Jimin continued how he “felt hopeless” and “everything came apart. He stated, with his members that they had “comforted each other and talked about what we could do together.”

Likewise, Suga expressed how “life had become simple”, which was “unwanted but welcome” at the same time. He spoke on how he was used to his world shrinking, from the bright light and loud cheers to how he came back into a room which is only a “few paces wide”. Though the room was small, Suga stated their “world reached far and wide.”

Consequently, V disclosed “It felt lonelier and smaller.” He became depressed, at the same time, became productive and started to write songs, notes, and thought about who he is as a person. His greatest motivation was, “If I give up here, then I’m not the star of my life. This is what an awesome person would do.”

J-Hope then stated how the group embraced these emotions and began channeling them into their music, which made them honest with themselves. The idol revealed, “I knew where I wanted to go but not how I got there.” He said, how he got through by trusting himself, doing his best, and loving what he does.

Moreover, Jin spoke about how he started loving the people around him and himself. He stated “Thinking about the future and trying hard are all important. But cherishing yourself, encouraging yourself and keeping yourself happy is the most important.” The singer also took the opportunity to bring up the concept of their Love Yourself theme when they talked about it last time, where similarly the theme of their new single Dynamite is the same with the lyrics “I’m diamond, you know I glow up.”

Lastly, Jungkook spoke how RM told him he couldn’t see the stars anymore, symbolizing how the light in their lives is missing. But he was quick to add that he saw all of their reflections and how he thought all of them have told different stories through their songs. He ended saying if his songs can still give strength to people, then he will keep on doing that.

RM took the microphone again to end the speech by stating their core message, which is Love Yourself. During this tough time, one must love yourself for who you are. He voiced his optimistic opinion on how there may be dark times ahead but “the night is always the darkest, before the first light of dawn.” He ended saying how everyone needs to reimagine the world, to not give up and dream again.

The group ended their speech as a whole group by saying “Life goes on” and “Let’s live on.”