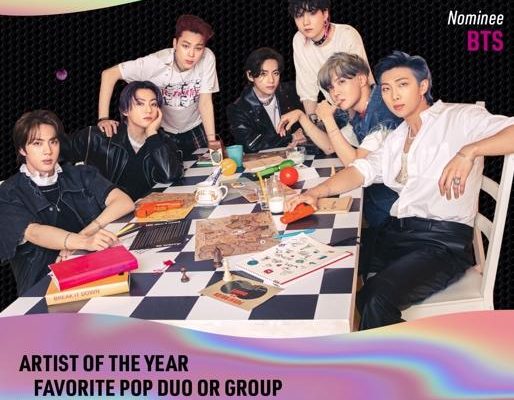 This is BTS’ fourth year in a row now to be nominated at the prestigious American music awards! 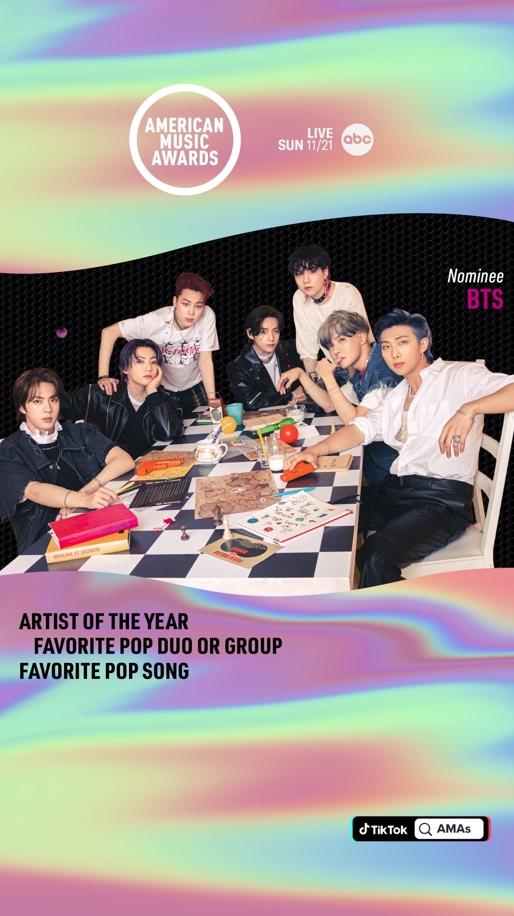 On October 28 (local time), the American Music Awards announced the nominees for this year’s awarding ceremony through its official website and social media pages.

According to reports, the nominees are based on key fan interactions as reflected on the Billboard charts, including streaming, album sales, song sales, and radio airplay. These are tracked by Billboard and MRC Data covering the time period of September 25, 2020, to September 23, 2021.

For the first time ever, BTS has been nominated for the Artist of the Year. They are facing off with other renowned artists, namely, Ariana Grande, Drake, Olivia Rodrigo, Taylor Swift, and The Weeknd.

In addition, the septet is vying for the Favorite Pop Duo or Group for the third year in a row now. The boys took home the award in 2019 and 2020.

This year, the Favorite Social Artist award, which BTS bagged for three consecutive years since 2018, is not included in the list of nominations.

The 2021 American Music Awards will happen at the Microsoft Theater in Los Angeles on November 21, 2021. Moreover, the event will air live through the US TV broadcaster, ABC.

Fans may start voting once per category per day on TikTok by searching for AMAs in-app.