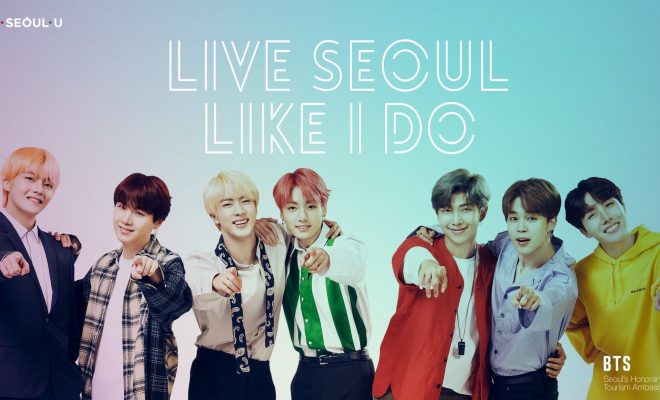 Do you need reasons to live Seoul like BTS does?

BTS has released their promotional videos for their new Seoul tour campaign on October 22 – and we’re more than tempted to book a ticket ASAP! 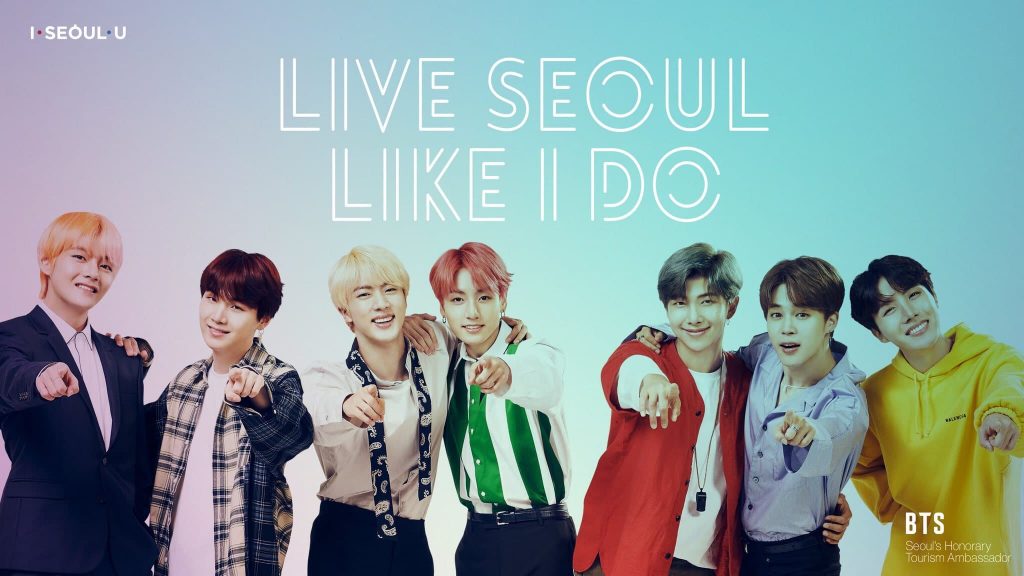 Each BTS member has presented us with the most convincing reasons to head to Seoul with their individual campaign videos revolving around the slogan “Live Seoul Like I Do”.

These videos are part of the new Seoul Tour campaign aimed to introduce the charm of the city and encourage tourists to visit. Check out their promo videos below:

We’d definitely love to share a meal with Jungkook, that’s for sure! The group’s maknae shows us the rich culinary culture of Seoul by introducing some of the best places to get your hunger quenched.

Prepare yourself as he takes us on a food trip around Seoul’s bustling night market, food trucks and restaurants – with the special participation of two of the most delicious treats in Seoul, kalbi and bingsu (shaved ice)!

RM has said it before – he’s a dangerous man, and he proves it by showing us what adrenaline-rush-causing activities Seoul can offer.

Check out the beautiful view from Bukhan Mountain and enjoy the water bomb music festival with the BTS leader, who will also take you to cheer on Team Korea on the streets!

Need fashion and beauty recommendations? The ethereal Min Yoongi’s got you! Suga takes you to a look at Seoul’s street fashion and culture – of course, with a dish of K-Beauty tips on the side too!

Who else would be the best pick to give you a historical view of Seoul than the King of Hanboks himself, Mr. Worldwide Handsome Kim Seokjin?

Jin is off to present to you the traditional martial arts, museums, and activities such as pottery which represents the history and culture of Seoul.

The positive energy that Jimin always radiates makes him the perfect person to show you how to make use of your visit to the city for relaxation!

Witness people casually strolling along the Seoul city wall and kayaking at the Han River to get their peace of minds.

Who invented dancing? J-Hope did – and that’s what makes him the most righteous to introduce you to Seoul’s K-Dance culture!

The King of Dance takes you to watch people freely dancing and showcasing their skills on K-Star road and malls. Who knows, you might be able to catch someone to watch out for there?!

Get the ultimate VIP treatment when you come to Seoul, as presented by the living epitome of class and elegance himself, BTS’ V!

V presents the luxurious Hanbok fitting you can experience in Seoul – and should you need more, then count on the idol to take you on a private Korean dining experience as well!

Besides the boys’ individual promo videos, you can also download wallpapers for free – one version for desktop and two versions for mobile – at the Visit Seoul website.

Are you ready to live Seoul like BTS does? Let us know by leaving a comment below, giving us a holler on Facebook, or tweeting us at @hellokpop!