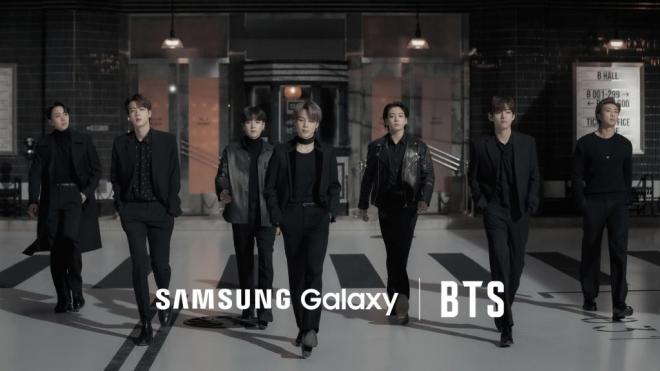 BTS Shines A New Light On the Samsung S21

Samsung knows exactly how to create futuristic innovations in the world of mobile phone technology.

They also have a serious knack for choosing their brand ambassadors. Don’t you agree, ARMY?

Just a few days ago, Samsung Mobile took to social media to post teaser content for their new line of mobile phones and Galaxy earbuds.

While the new additions to the mobile developer’s vast array of cutting edge gadgets are indisputably amazing, fans couldn’t help but notice the handsome septet that endorsed them. 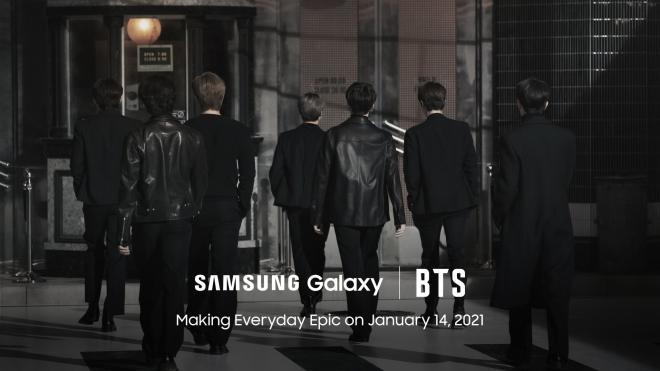 Fresh off their victory at the 35th annual Golden Disc Awards, fans didn’t have to wait too long just to see new BTS content.

BTS has a slew of endorsements under their belts, and Samsung is undoubtedly one of the most creative ones when depicting the pop stars in a commercial or ad. The tech giant has a true talent for cool flair and elegance that blend perfectly with the group’s vibe.

The simple concept of sharing an image of the boys on their backs as a preview and then posting a photo from the opposite angle was pure genius.

This time around, Samsung released brand new photos of Suga, Jin, V, Jungkook, RM, Jimin, and J-Hope while they sashayed in raven monoblock outfits. The dapper ensembles enhanced the members’ unparalleled style, as they modelled the new Galaxy S21. 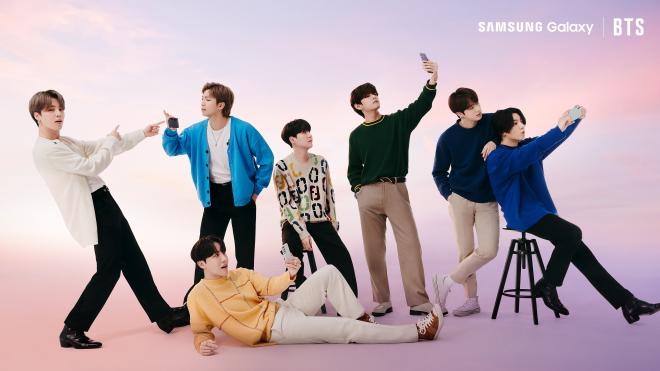 Bangtan Sonyeondan made an appearance at the latest #SamsungUnpacked event, and ARMY simply had a field day with the brand launching one piece of content after the other.

One that instantly broke the internet is the slow-mo clip of Jin approaching the group before he crosses his arms with a serious look on his face. The simple gesture was enough to spark an online frenzy. Good job, Samsung, good job.

One of our favorite #SamsungUnpacked moments: this dreamy sequence of @BTS_twt with the new #GalaxyS21 💜
(Stay tuned for more #GalaxyxBTS this February. 😉)
Learn more: https://t.co/y8S51L1OW7 pic.twitter.com/BxP3ODTNlH

Samsung is a conglomerate giant and BTS are music magnates; it’s definitely a match made in the galaxy.