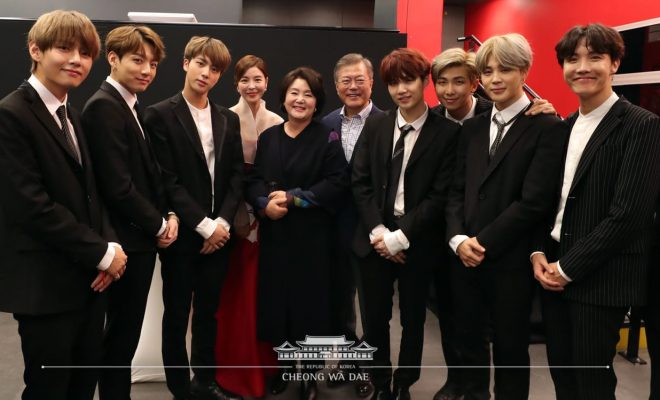 BTS Meets South Korea President During Korea-France Friendship Concert, Both Actually End Up Over The Moon

South Korea’s pride BTS had met with none other than South Korea President himself – and suddenly, the world is good.

Global sensation BTS and South Korea’s President Moon Jae In were both in attendance at the Korea-France Friendship Concert in Paris held on October 14. 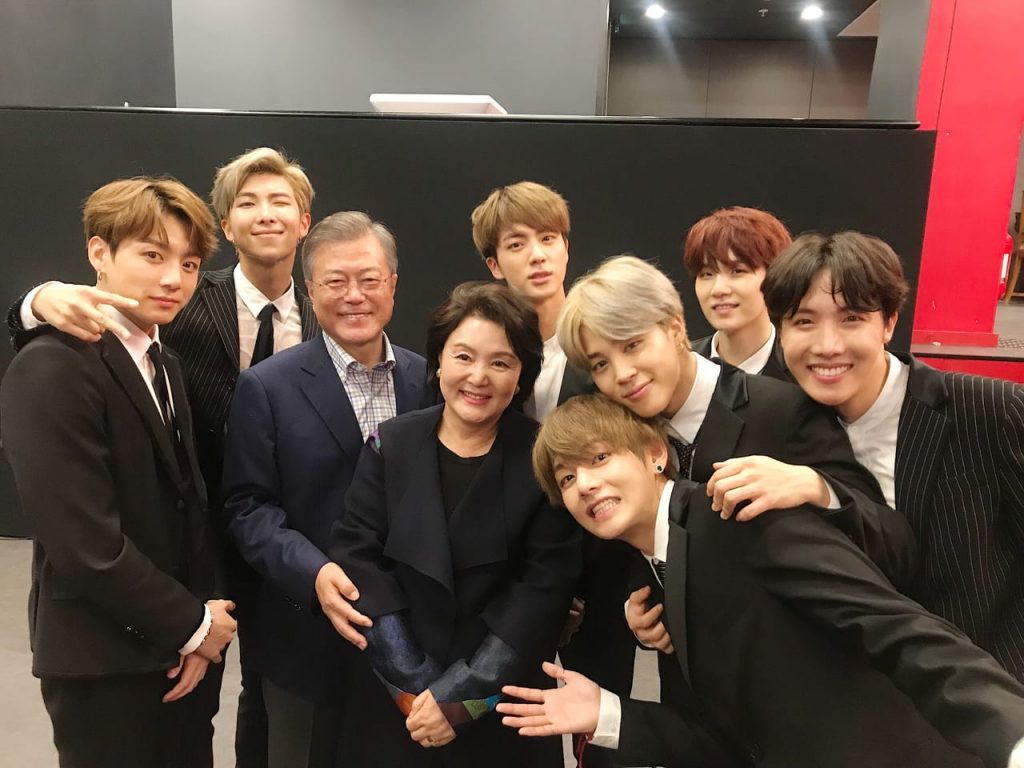 The cultural event, held to celebrate the good relationship between the two countries, was hosted by President Moon, who was also conducting his four-day state visit in France.

To support the President with a warm and enthusiastic welcome to the country, BTS was invited to perform as special guests at the event. The nearly two-hour concert also featured performances from MoonGoGo, Black Spring, and other various Korean artists.

The South Korean boy group was able to show up for the event as they were in Europe as well to stage their own concert in Berlin on October 16 and 17, and France on October 19, as part of their ongoing Love Yourself world tour.

Besides the estimated amount of 100 fans of hallyu – or the global boom of Korean pop culture, around 400 French officials were also present at the event, and hailed both Moon and BTS’ participation in the celebration.

BTS performed two of their most popular hits “DNA” and “Idol” in front of the crowd, which included President Moon and his wife, First Lady Kim Jung Sook. Both were shown to be enjoying the performances very much, and the president met with BTS separately afterward. 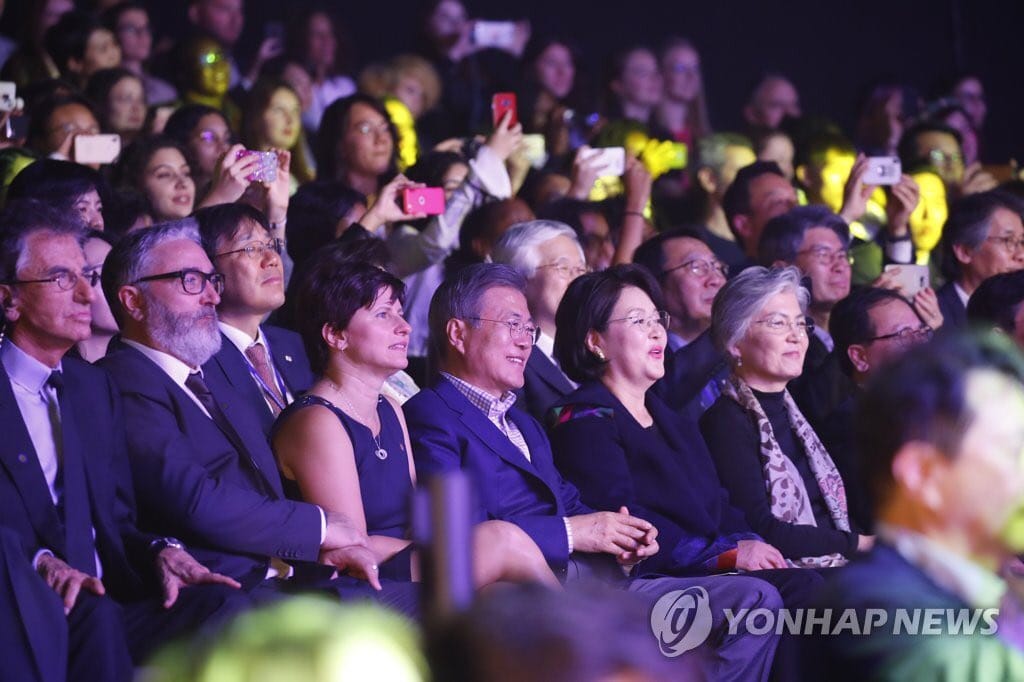 President Moon told the boys to “show off your skills to your hearts’ content”, and even signed the watches the First Lady gave as presents to the BTS members when they had their speech at the UN General Assembly. He also commented on how the group already had a schedule of activities – which seemed to be packed – but still intentionally made time for the event.

Much to everyone’s surprise, President Moon also mentioned that he recognized Jungkook and Jin from the variety show Let’s Eat Together. In addition to this, he actually confessed that he only knew the names of the two members and BTS’ leader RM out of all the seven – which got everyone laughing especially as Jin boldly took it as his opportunity to ask for a selca with the president!

Moon:I saw you guys in a show “Give me the meal”
(people surprised)
Moon:Jungkook and Jin!
Jin : Could you take a selfie (he said selca) with us on that?
(people laughed)
Moon: I remember the names of two & the leader RM, but thank you everybody! @BTS_twt pic.twitter.com/xjVZJkvFJV

What are your thoughts on BTS and President Moon’s meeting? Let us know by leaving a comment below, giving us a holler on Facebook, or tweeting us at @hellokpop!