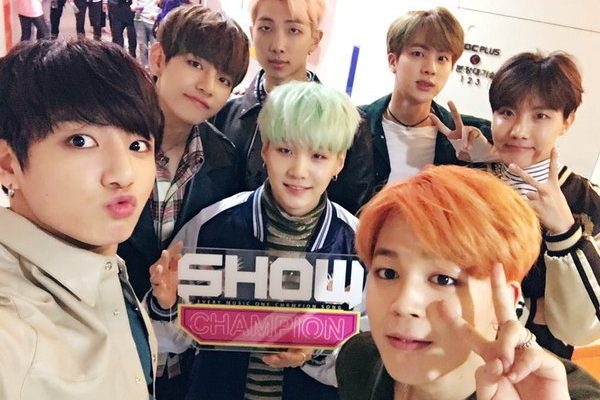 According to BTS‘s agency Big Hit Entertainment, the group’s music video for “Spring Day” has already racked up more than 100 million views on YouTube as of July 19. 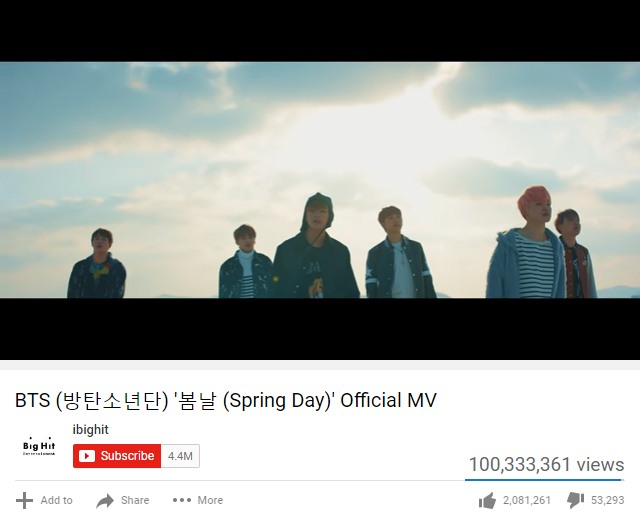 It is the lead track in the band’s latest album dubbed Wings: You Never Walk Alone.

As soon as the song was unveiled in February, its music video climbed up to the top spot on iTunes’ music video charts in the US, UK, Canada, Singapore, Indonesia, and Thailand. It also won the fourth place on the list of most viewed K-pop music video on YouTube in the first half of 2017.

It is noted that this is BTS’s seventh music video which garners 100 million hits on YouTube, following other videos, including “Dope,” “Fire,” “Blood, Sweat & Tears,” “Boy in Luv,” “Save Me” and “Not Today.”