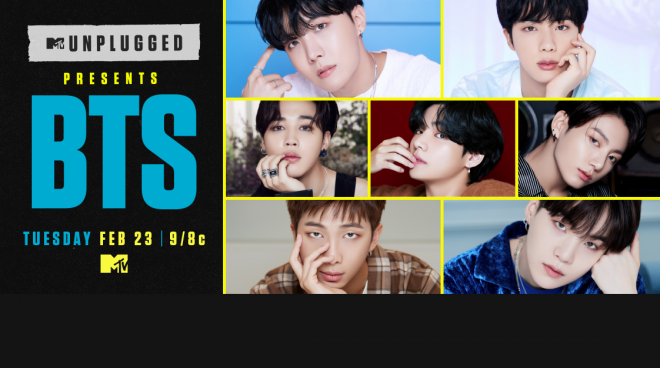 Prepare to be captivated by the healing vocals and raps of BTS!

Making the month of February even lovelier for ARMYs, worldwide phenomenal K-pop septet BTS is set to serenade everyone through an upcoming MTV Unplugged special.

Earlier today, MTV announced the delightful news to fans online. BTS’ highly-anticipated episode will air on February 23 at 9 PM ET on MTV in the United States. It will also be broadcasted around the world on the same day.

.@BTS_twt is coming to MTV for one 💥DYNAMITE💥 night with #MTVUnplugged!

MTV Unplugged is an acoustic MTV series featuring well-loved artists as they showcase their tracks through unplugged sets. According to reports, the episode of BTS was filmed in Seoul due to the ongoing COVID-19 pandemic. The show will give fans around the world the chance to see and enjoy never-before-seen versions of the boy group’s hit tracks including songs from their latest album BE.

Meanwhile, in related news, BTS will be releasing BE (Essential Edition) on February 19. Back in November last year, the boys dropped the deluxe edition of their album.

Hype yourselves up by watching the captivating preview for the MTV Unplugged Presents: BTS below: