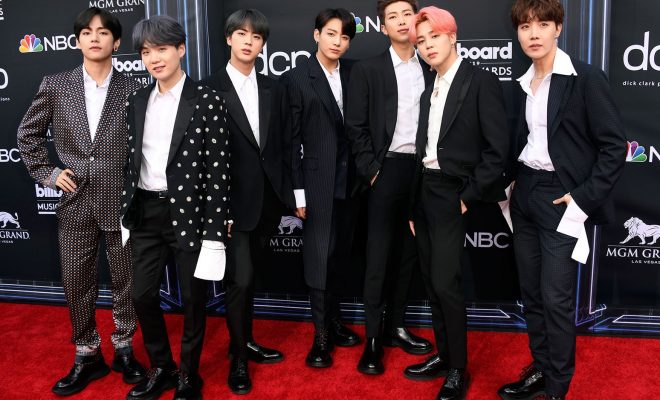 The votes are in, and BTS and ARMYs once again reigned supreme!

BTS remained undisputed as Billboard Music Awards’ Top Social Artist as it takes home the recognition for the third year in a row.

The boys, who graced the red carpet and will perform with Halsey on stage, were named Top Social Artist after securing the most number of votes in the fan-voted category. RM, Jin, J-Hope, Suga, Jimin, V, and Jungkook won amid though competition posed by fellow K-Pop acts EXO and GOT7 and chart-topping singers Louis Tomlinson and Ariana Grande.

You voted and the results are in! Congrats @BTS_twt, our #BBMAs Top Social Artist! pic.twitter.com/javTPx2ces

ARMYs celebrated the win with so much pride and joy as BTS continues to make history for K-Pop in the international music scene.

The boys broke the longstanding reign of Justin Bieber as Billboard Music Awards’ Top Social Artist in 2017 — the year of their first nomination as well. The Canadian singer-songwriter dominated the category from 2011 to 2016 and remained to be the artist with most wins and nominations.

Hi. YES @BTS_twt is here and we CANNOT wait for their performance tonight. #BBMAs pic.twitter.com/XJ6D7vJryQ

BTS’ wins at the Billboard Music Awards created new feats for K-Pop as the boy group became the first South Korean group to win at the said music award show. The boys are also the first K-Pop act to be nominated and win as Top Social Artist. Moreover, they are the sole K-Pop artist to win back-to-back-to-back.

In addition, BTS continues to lead Billboard’s Social 50 chart. The boy group has now spent 133 weeks on the chart and 124 weeks on top of it as of the week ending May 4.

ARMY, let us hear you make some noise! The boys of @BTS_twt are looking #BBMAs fresh and ready to perform at tonight's show ? pic.twitter.com/Xy7hVcYzUA

This year’s Billboard Music Awards also saw the first nomination of EXO and GOT7.