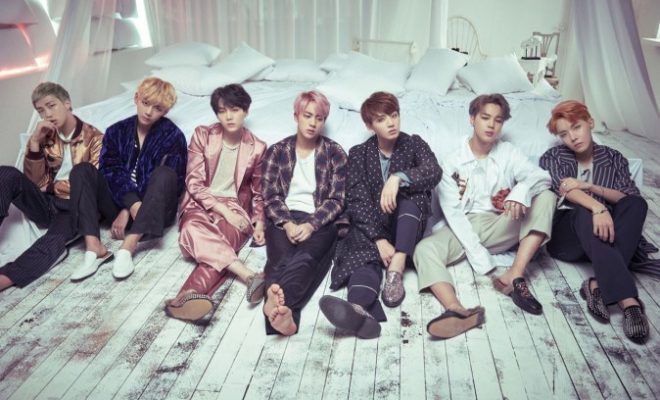 The album was released on Oct 10 and set the record for the highest K-pop album debut on the chart at number 26. This week the album is at number 106.

BTS is the first K-pop group to chart for multiple weeks on the Billboard 200. In response to the news, Big Hit Entertainment stated, “Entering the Billboard’s 200 chart requires a large, established fandom on top of favorable reviews about their music.”

To further confirm BTS’ rise in international popularity, Billboard has released multiple articles about the group this past week alone.

The album rankings on Billboard 200 are determined by the number of units sold in a week, both physically and digitally. However as of December 2014, streaming platforms such as Spotify and Apple Music also attribute to an album’s overall ranking. All data are collected by Nielsen Music.

Hellokpop, as an independent Korean entertainment news website (without influence from any agency or corporation), we need your support! If you have enjoyed our work, consider to support us with a one-time or recurring donation from as low as US$5 to keep our site going! Donate securely below via Stripe, Paypal, Apple Pay or Google Wallet.
153
SHARES
FacebookTwitter
SubscribeGoogleWhatsappPinterestDiggRedditStumbleuponVkWeiboPocketTumblrMailMeneameOdnoklassniki
Related ItemsBangtan BoysBig Hit EntertainmentBTS
← Previous Story Disbanded 4Minute’s Jeon Ji Yoon Prepares To Debut As A Solo Artist
Next Story → TWICE To Appear On ‘SNL Korea’