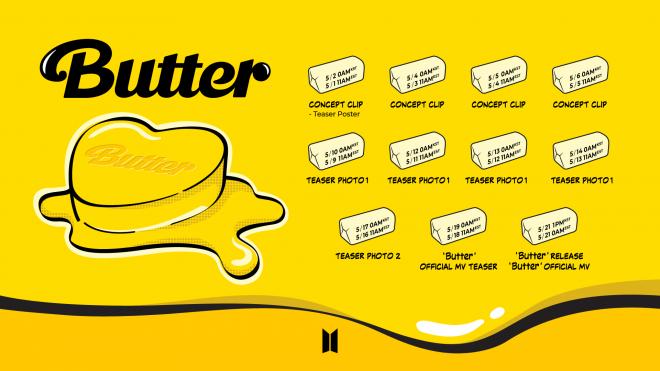 Prepare your hearts because the month of May will be filled with captivating teasers from BTS!

Showing fans what to expect in the coming weeks, the worldwide K-pop boy group BTS has recently revealed a promotion schedule for “Butter”. 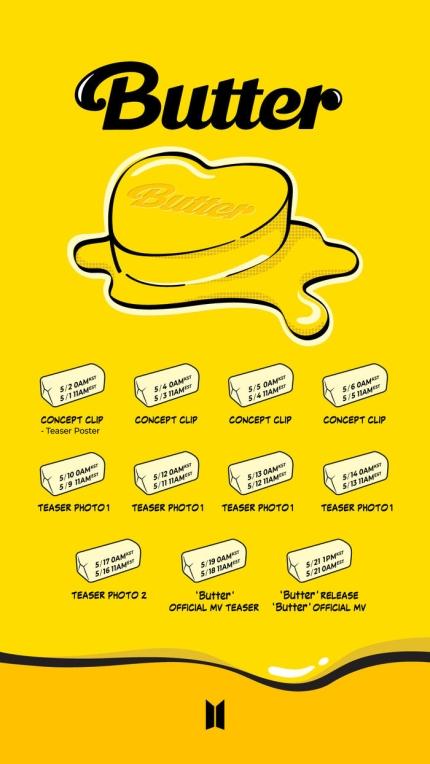 “Butter” is a dance-pop song where you can feel the soft yet charismatic charm of BTS. Notably, it will become the second English track of the group. Previously, they gifted fans with their record-breaking digital single “Dynamite” on August 21 of last year.

With a bright yellow background, the poster featured the important dates that fans should mark in their calendars.

BTS will drop the concept clips starting May 2 until May 6. They will also unveil the first batch of teaser photos from May 10 to 14. The second batch of teaser photos will then be revealed on May 17. To hype up fans further, the group will likewise give a sneak peek at the official music video of their upcoming track.

Aside from sharing the promotion schedule, BTS also updated their social media channels with a new look to welcome another wonderful era. Meanwhile, “Butter” will be released on May 21 at 1 PM KST.