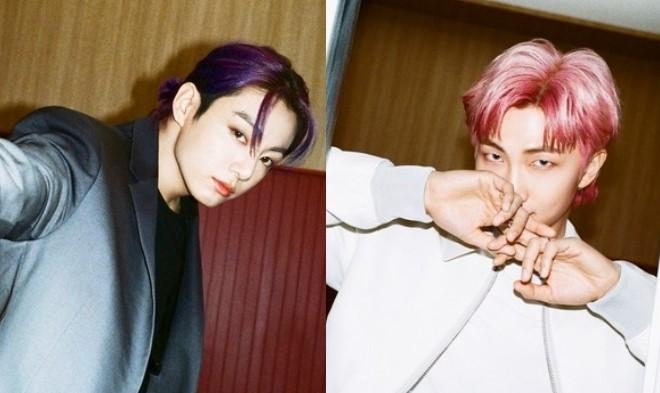 Jungkook and RM are the first runners once again for “Butter” teasers!

BTS continues to melt fans’ hearts as they revealed the initial batch of teaser photos for their upcoming English digital single “Butter.”

On May 12 at 12 midnight KST, the group dropped the stunning solo photos of Jungkook and RM. Last weekend,  the septet previously released a group teaser photo that drew a hot response from fans around the world.

The first to star in the teaser photo is Jungkook. Looking manly as ever with his purple hair, the idol stared at the camera in an oblique position with his hand on the elevator door. 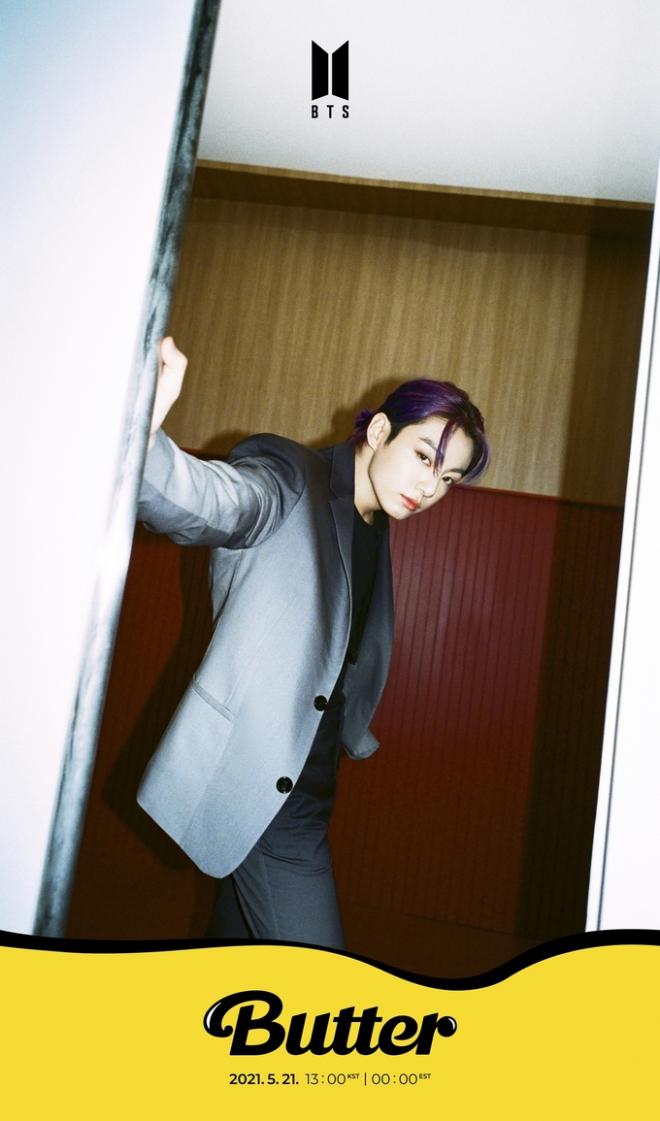 Next in line is the group’s charismatic leader, RM. Donning an immaculate white ensemble, he stood with both arms leaning against the elevator door. Moreover, he caught fans’ attention with his intense gaze. 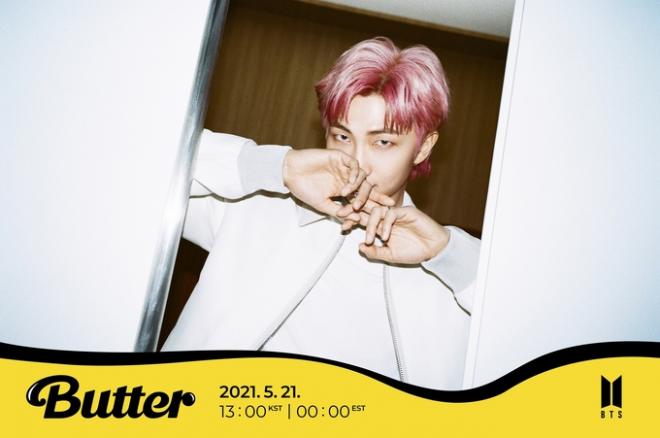 Like the previous group teaser photo, both of their photos are in the form of posters with “Butter” and its release schedule displayed at the bottom.

Following Jungkook and RM, BTS will release teaser photos for other members until May 14. They will also reveal the second batch of teaser photos on May 17. In addition, the group will give a sneak peek at the official music video of their upcoming track on May 19.

“Butter” will be released through various music sites around the world on May 21 at 1 PM KST.